Learn the key ideas of the book by Melissa Agnes

How to manage and limit the impact of a crisis

In today’s interconnected world, with the real time communication that social media allows, the correct management of a crisis can make the difference to the survival of any type of organisation. Crisis Ready is a step by step manual that lays out the way in which we should behave before and during a negative incident, to limit or even completely eliminate the impact on one of the main assets of any company, its credibility. 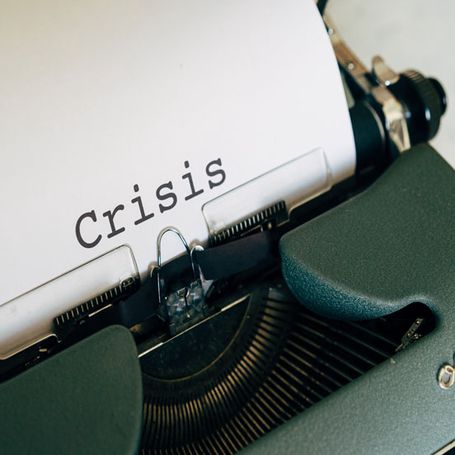 Melissa Agnes, founder and CEO of Crisis Ready Institute, is an authority in the area of reputation management, brand protection and crisis management. She has worked with international organisations such as Nato, and is a consultant to many different types of organisations, from colossal tech companies to banks. Her blog Crisis Ready and her Podcast Invincible Brand are used by thousands of people every day.

The neglected risk of the “social” era: High visibility leads to an exponential increase in brand exposure in times of crisis, leading to the destruction of economic value

Ten years ago the world welcomed the advantages associated with social media with open arms, they were enthusiastic about mobile technology and the advent of real-time news. Incredible communication and visibility opportunities were opened up to all brands, from international ones to the smaller players. Everyone saw the great positive effects but almost nobody stopped to reflect on the risks – that were equally great – that came with these tools, particularly from the point of view of crisis communication.

First thing’s first, let’s look at what exactly we mean by a crisis.It is not just a generic problem, but something specific that can be defined: a crisis is an event or a negative situation that impacts or threatens people, company operations, the reputation or profit of the company. A crisis is a negative event, capable of stopping normal activity because it requires the immediate attention of its leadership.

In this digital age, where we are ‘always on’, crises break out and are intensified so quickly that companies risk finding themselves “chasing after” or being one step behind the facts, thus losing control of the event narrative. The more a company loses control of a crisis, the more difficult it is to get it back, the greater the trust and credibility that go up in smoke. The impact of CRP, the cost of responding to a crisis, can be enormous.

The CRP is an equation that can be used to calculate the economic impact of a crisis on a company, in relation to its response to a crisis: the stronger and more timely the response, the more the escalation of the accident is mitigated and the lower the economic cost of the crisis will be.

The key ideas of "Crisis Ready"

The neglected risk of the “social” era: High visibility leads to an exponential increase in brand exposure in times of crisis, leading to the destruction of economic value

Build the defence before the crisis hits: a complex 5-step strategy is the only effective way

A plan is not enough, we need a business culture that allows the team to make the right decisions at a time of crisis

The first factor in a crisis is linked to emotion: what people feel is stronger than what they think

During a crisis, people expect transparency. A mistake can be forgiven but people will not forgive a cover up attempt

The only way to manage a crisis is to be prepared and to have already established a program with your team, not a plan