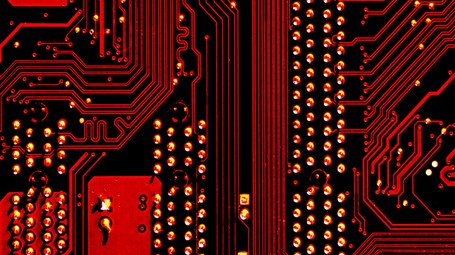 Marcus du Sautoy is an English mathematician; he was born in London and is currently Professor of Mathematics at Oxford University. Highlights of his career include various awards, such as the Berwick Prize from the London Mathematical Society in 2001, and the Faraday Prize for excellence in communicating science to the public from the Royal Society in 2009. Marcus has written several books, among which are The Music of the Primes, Symmetry: A Journey into the Patterns of Nature and The Num8er My5teries. He writes for several British newspapers and has been a guest on many television and radio shows; in 2010, he received an OBE from the Queen for his services to science.

Definition and types of creativity: is it a purely human gift?

In the second half of the 1800s, the famous British mathematician Ada Lovelace was working on the "analytical engine", created by Charles Babbage: a sort of precursor to the modern computer. While she appreciated its innovative qualities, she was also convinced that it was somehow limited: you can't get more out of a machine than what you put into it. In short, the output can never be much bigger or better than the input.

This has always been the belief in the field of computer science; however, in recent years, Artificial Intelligence (AI) has seen so much progress, that a new school of thought has emerged: perhaps human intervention is not necessary for an algorithm to spread in the digital environment and improve output over input. Yet, there is one sphere that seems impossible for the computer to even touch: creativity. Not only the traditional arts, such as music, literature and painting, but also other types of creativity, such as gastronomy or architecture, sports or innovation. In all these areas, the privilege of being creative belongs strictly to human beings.

In general, creativity can be understood as something that is new and surprising, and that brings some value. The "value" itself is difficult to estimate because it is highly subjective; something may be valuable simply because it serves as an inspiration to others. The English professor Margaret Boden has identified 3 types of creativity. The first of these is exploratory, which consists in starting from what already exists and extending its limits further, exploring its details and creating something new, while remaining faithful to the existing rules; an example would be a new type of music, which is created from traditional musical theory. This type of creativity accounts for 97% of all creative output, and a computer can do this too. Then there is combinational creativity, in which two completely different areas are considered and combined to create something new (a bit like a new dish that arises from the meeting of two different cuisines). The third and final type of creativity is transformational, which is very rare: this kind is capable of breaking away from the past by overthrowing the rules, just like when a new artistic movement is created: before Cubism, the rule was to paint two eyes on either side of the nose, but Picasso overturned this rule by creating something totally revolutionary.

In any case, it seems that creativity does reflect certain underlying rules: it is the result of a series of logical structures that our thinking follows unconsciously. In this sense, perhaps creativity can be taught. Meaning that, if an algorithm is taught to follow the logical structures of creativity, perhaps by allowing it to study the way in which other artists have experienced their creative process, can the algorithm itself become creative? It is this very question that The Code of Creativity seeks to answer.

The key ideas of "The Creativity Code"

Definition and types of creativity: is it a purely human gift?

Algorithms create the rhythm of our daily lives

Machine learning: algorithms that learn from their own mistakes

The other face of algorithms: data protection, prejudice, automation

The creativity of Artificial Intelligence in art and music

Human creativity is based on consciousness, but algorithms can enhance it