Home Business and Strategy Why Men Win at Work 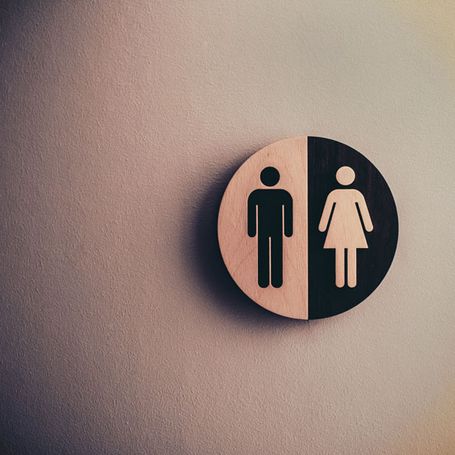 Gill Whitty-Collins is an English writer, speaker, and coaching consultant specialised in gender diversity issues at work. After graduating in Modern & Mediaeval Languages from Cambridge University, Whitty-Collins joined Procter & Gamble, where she quickly became Marketing Director, then General Manager, and finally Senior Vice President. This was when she started to notice the difficulties and obstacles women face, in order to rise through the ranks in their careers. She became increasingly invested in the issue, and made it her mission to advocate the creation of businesses founded on the ethics of gender equality. In 2020, she published Why Men Win At Work…And How We Can Make Inequality History.

The issue of gender equality at work is real, and the first step is admitting it exists

Gender inequality at work exists, and it is unfortunately a very real and very current problem. All we need to do is look at available statistics on the pay gap between men and women (in Europe, on average a man is paid 16% more than a woman), or read a list of names of the managing executives at any large company. It is plain to see that women are disadvantaged at work, and this is a serious problem not only for women, but also for society as a whole.

Despite very clear and undeniable data, the most common reaction when a case of gender inequality is brought to someone’s attention, whether they are male or female, is disbelief, annoyance, denial, and sometimes even ridicule. This exacerbates the problem, because no one is going to stand up and try to change the issue, if they don’t acknowledge or accept its existence in the first place.

There are many reasons why gender inequality at work is largely ignored, first and foremost because it is invisible to many people. Most men will not maliciously deny the existence of the issue; they simply can’t see it exists, because they are not women, so they don’t see it as something that affects them. Women often think it doesn’t affect them either, and this happens for two reasons: the first is that inequality increases proportionately with the level of position in the company, and it is therefore less obvious at lower levels, where women are so used to being treated differently, that they accept it, and don’t even notice it is happening. The second reason is that gender inequality is often intangible, so it can be difficult to understand just how far the issue extends within the work culture, and even the author admits that she fell victim to this short-sightedness at the start of her career.

All too often, people will casually and carelessly dismiss the issue, and part of the reason for this is the negative perception we have of the word ‘feminist’. Despite the fact that a feminist is simply a person who believes in equality between men and women, the concept is commonly confused with a hatred of men, and a desire to see women reign supreme. This misconception means that men instinctively reject anything seen as feminist, while women prefer not to be associated with the word, in order to avoid being disliked in the workplace.

What’s more, many men believe that discrimination against women is always violent and obvious, and if they can’t see this type of behaviour, then it simply doesn’t exist. The #MeToo movement is a perfect example: on the one hand, the American movement was revolutionary for many women, who finally found a voice to expose the harassment and mistreatment of women in the entertainment industry, but on the other hand, it led many men to believe that the problem had been solved, because the guilty parties were in prison and justice had been done. Yet the issue is not limited to the handful of despicable men whose abuse of women is indisputably plain to see, as in the case of the #MeToo victims; it is saturated throughout our everyday lives, on all levels, and is unconsciously enacted even by men with the best of intentions. We are mistaken if we think that the odd woman in power is enough to solve the problem: women make up 50% of the global population, and scientific data shows they are just as brilliant and talented as men, so how is it possible that only 7% of CEOs of large companies are female? In order to tackle this serious problem, and create a work culture that offers everyone equal opportunities, we need to understand what is wrong with the situation, but first, we must recognise that the problem exists, and that it needs to be discussed, measured, and then resolved.

The key ideas of "Why Men Win at Work"

The issue of gender equality at work is real, and the first step is admitting it exists

Nothing is being done about injustice in the workplace, because the culture that favours men is invisible

Men use the brotherhood to their advantage, but women seem to struggle with the idea of sisterhood

There are women who win at work, if they have a sense of humour, are determined, and work hard

Immediate, collective action is needed if we are going to put an end to this discrimination