Home Science and Technology A Brief History of Time 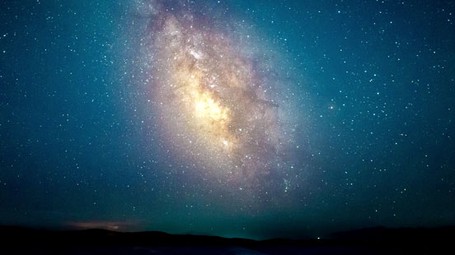 Stephen William Hawking was an astrophysicist, cosmologist, and mathematician, and devoted his entire life to researching and popularising science. He was born in Oxford on the 8th of January 1942 and died in Cambridge on the 14th of March 2018; incredibly fitting dates for such a great scientist, since he was born on the same day as Galileo Galilei, and died on the same day as Albert Einstein. He is known to the general public for his research on cosmology and quantum gravity, and for popularising science through his writing, with the aim of making it easy for anyone and everyone to discover the mysteries of the cosmos.

Discoveries in the field of physics, which were made possible thanks to new technologies, have brought us closer to understanding the nature of the universe, although it cannot be completely explained by general relativity and quantum mechanics: physicists are still searching for a new theory capable of combining them

Aristotle believed that the Earth was motionless and that the sun, moon, planets, and stars revolved around it in circular orbits, in keeping with the notion that the Earth was the centre of the universe. Ptolemy’s later theory in the 2nd century AD was also in line with the teachings of the Bible, and proposed that the Earth was a sphere at the centre of 8 rotating concentric spheres containing the planets. The last sphere contained the fixed stars, and also formed the boundary of the cosmos. In 1514, Copernicus proposed his theory, in which he maintained that the Earth, along with the other planets, moved in circular orbits around the sun, which was immobile at the centre of the system. Although he initially distributed his theory anonymously, for fear of being accused of heresy, it was later confirmed by the studies of Galileo and Kepler, with Kepler maintaining that the orbits of the planets were elliptical.

In 1687, Isaac Newton published the Philosophiae Naturalis Principia Mathematica (Mathematical Principles of Natural Philosophy), which introduced the law that all objects at rest tend to remain in that state until a force intervenes to change them. It follows that, if the planets move around the sun in elliptical orbits, this movement must necessarily be due to a force, which Newton called ‘gravity’, the same force that causes an object to fall to the ground rather than float in mid-air.

Newton also defined the mathematics used to analyse the reaction of objects subjected to forces, such as gravity, in numerical terms, and solved the respective equations. In this way, he was also able to demonstrate that, due to the sun's gravity, the Earth and the other planets had to move along elliptical orbits, just as Kepler had predicted.

When the Ptolemaic system was disproved, the idea of boundaries also disappeared, and for the first time, it was supposed that the ‘fixed stars’ were other suns at the centre of systems similar to our own. This radically changed the idea of the entire universe.

Today, scientists describe the universe using the theories of general relativity and quantum mechanics, which were developed during the first half of the last century. They each have different scopes of application and do not overlap; on the contrary, they are at odds with each other. Whereas the theory of general relativity describes the force of gravity and the structure of the universe for orders of magnitude ranging from a few kilometres to millions of millions (1 followed by 24 zeros) of kilometres, quantum mechanics defines phenomena on extremely small scales, such as a millionth of a millionth of an inch. One of the main aims of modern physics is to find a new theory, which incorporates both: a quantum theory of gravity.

The key ideas of "A Brief History of Time"

Discoveries in the field of physics, which were made possible thanks to new technologies, have brought us closer to understanding the nature of the universe, although it cannot be completely explained by general relativity and quantum mechanics: physicists are still searching for a new theory capable of combining them

Motion, space, and time are conditions that we think we understand through direct experience, but which we actually only perceive superficially: in order to comprehend these concepts, we must look at them in terms of their relationship with each other

In the space-time of relativity, every event, meaning whatever happens at a particular point in space and at a particular instant in time, can be specified by four numbers or coordinates

In the theory of general relativity, there is no single absolute time; each individual has their own personal measure of time, which depends on where they are, and how they are moving. What’s more, the passage of time is slower near a high-mass body, such as the Earth

From Fridman to Guth, the search for a theory capable of explaining the current universe has led scientists to identify the ‘zero time moment’, which preceded the Big Bang