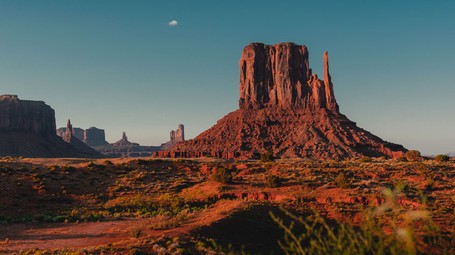 Charles C. Mann is an American science journalist and non-fiction author and historian. Over the years he has written pieces for various magazines and newspapers worldwide. These include The Atlantic, Science, Fortune, Vanity Fair, and the Italian Panorama. After co-writing several essays, in 2005 he published his most famous book, 1491: New Revelations of the Americas Before Columbus, which earned him a National Academy of Sciences award for best book of the year. In 201, he published the sequel: 1493. Tomatoes, tobacco, and bacteria. How Columbus created the world we live in.

Anyone who has studied the history of the Americas at the time of Columbus has in mind a specific version of events: when the Europeans reached America, it was occupied by many small local populations who were subjugated by these explorers, and who also benefited from contact with an advanced civilisation, and the technologies they brought from overseas. This was the version that everyone - archaeologists, historians, and ethnologists - subscribed to for centuries. However, more in-depth field research, the advancement of scientific methods, and the collection of an ever-increasing number of artefacts and finds, has brought to light a completely different version of events, which many academics consider a more accurate depiction of the truth. Before the arrival of Columbus, the American continent was anything but under populated and underdeveloped; on the contrary, it was home to an extremely developed, numerous, and culturally rich ancient civilisation which was equipped with its own technology and infrastructure.

European academics and intellectuals began to re-think the events that took place in the Americas during this time because of what is known as Holmberg's Mistake. Allan R. Holmberg was a graduate student who later became a professor of anthropology at Cornell University, and who, in the 1940s, went to live for a period with the Sirionó, a population of Native Americans from Bolivia. After living with this tribe, and studying their habits for two years, Holmberg called them among the most backward in the world, as they had no clothes, art, musical instruments, or domesticated animals, and they barely followed any religion. Additionally, the houses were so badly constructed that they leaked when it rained, and the members of the tribe could only count to three. Since the Sirionó was one of the native tribes, Holmberg deduced that they had no real history prior to their contact with Europeans, when Western influences finally put them on a path towards genuine social evolution.

Holmberg was wrong. Yes, the Sirionó were among the least advanced populations in the world, but this had not always been the case. Before they had been struck down by two waves of flu and smallpox in the 1920s, there were thousands of Sirionó, and they lived in large numbers in eastern Bolivia. As though the two epidemics were not enough, in cahoots with the local government, invaders began to capture the Sirionó and sell them into slavery. The 150 regressive individuals that Holmberg encountered were the last survivors and refugees of a once thriving population, but they were weakened and completely culturally impoverished by disease and abuse. In further support of this theory, there is increasingly overwhelming evidence that the Sirionó did not have strong roots in that region. It seems that they were newcomers to the area, which had previously been inhabited by a much more advanced population.

The story of the Sirionó, and Holmberg's Mistake, contributed to the creation and spread of this 20th century narrative. The political and social climate, as well as ecological activism, also fuelled this version of events. An image was created of a regressive native who lived a simple life, who had no depth, no culture, or any independent thought. This is reflected in the popular culture of the twentieth century, which often describes the native Americans’ connection with nature. However, over the years, people’s views have changed, and there has been a growth in political activism in support of Native Americans, so people are becoming more willing to accept a new version of history. New technology and research strategies have also contributed to a revision of what we think we know.