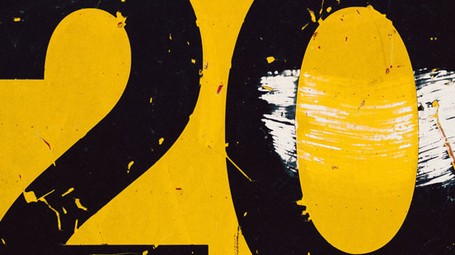 Perry Marshall, consultant, author, and international speaker is one of the world's leading experts on Google Advertising. He has helped more than 100,000 advertisers and is a consultant in over 300 industries, from computer hardware and software to high-end consulting, health and fitness to corporate finance. Prior to his consulting career, he helped grow a technology company from $200,000 to $4 million in sales in just four years. The company was sold to a public company in 2001 for $18 million. His publications include The Ultimate Guide to Google AdWords and The Ultimate Guide to Facebook Advertising.

The leverage power of the 80/20 principle: zoom in and maximise the results of your business

Formulated in the late 1800s by the Italian economist Vilfredo Pareto, the "Pareto Principle" states that about 80% of consequences come from 20% of causes (the vital few). For example, 20% of the world population enjoys 80% of the wealth of the globe. The total gross domestic product of all 196 countries in the world in 2011 was $ 79 trillion. There are 196 countries in the world, and over 63 trillion (80%) of those dollars come from just 22 countries, so 80% of the world's wealth is concentrated in just 11% of countries (196 divided over 22). Zooming in, we see that $ 15 trillion, or 19% of the total $ 79 trillion, comes from just one country, the United States. So, 19% of world wealth is generated by 0.5% of countries. The same is true if we look at the 10 richest people in the world.

Applying the 80/20 principle to the business world, it can be said that about 80% of results come from 20% of all endeavours or 80% of sales come from 20% of customers. By focusing our efforts on the most important 20% in our work, we can amplify the results exponentially. If you hire 10 people, 2 of them will generate 80% of the results, which means that those 2 are 16 times more effective than the others. If you have 30 customers, 20% of your business will likely come from just one of them. The 80/20 principle is a fractal law of nature, meaning it repeats the same way on different scales.

You can zoom in on any part of your business and apply to it the 80/20 principle: customer sales, sales force efficiency, product popularity, web traffic sources, and advertising efficacy. Not everything that really matters in business is linear, it is exponential: 20% of 20% of customers are ultra-valuable, at least potentially. If you know who these customers are, and you provide them with what they really want, all you have to do is double the amount you sell to them, and you will increase your overall revenue by 64%. Every day, in every sector, activity or operation, you can find small things you can do to exponentially multiply the impact of your work.

Truly effective marketing harnesses natural forces: when something works in the market, there is almost certainly a prevailing wind or force that makes it possible. It is a huge mistake to fight against nature. The great advantage of the 80/20 principle is that it harnesses forces hidden in nature that are far more powerful than you might think. Think of the Grand Canyon: a flat slab of rock, completely submerged, which slowly began to be eroded by water. As the tide fell, the water drained, taking the path of least resistance, each time digging deeper and deeper into the rock. A slight indentation became a groove, which became a crack, which became a crevasse. With each rainfall, it became much easier for the water to drain into that same path, until that became the only place it could flow into. A very slight tendency turned into a foregone conclusion, all due to the power of erosion.

The erosion that creates rivers and streams is a type of positive feedback, that is, a situation where past action strengthens future action in the same direction. It is the exact opposite of negative feedback, which corrects mistakes. Positive feedback is reinforcement feedback instead of correction feedback. Just as water transforms a small groove in a rock into the Grand Canyon, the 80/20 principle amplifies your own power.

In business, when you harness natural forces, everything you do becomes easier and more effective. Positive Feedback Loops Create Self-Similarity: Whenever you have positive feedback, you get 80/20 behaviour - meaning the behaviour that works best is rewarded so that it produces more of the same.

In sales and marketing, self-awareness is a fundamental component of success. Under the 80/20 principle, it makes sense to focus most of your work time on your strengths. This will give you the fastest results with the least amount of effort. When you fully understand your talent zones, and plan your life and career to harness as many innate talents as possible, you start earning compound interest in everything you do.

The leverage power of the 80/20 principle: zoom in and maximise the results of your business

The Power Law and the Power Curve: why you need to consider extremes instead of averages

Rack the shotgun, launch your signal, and only speak to those who heard it

Traffic, conversion, and sales form a Power Triangle that regulates everything that happens in sales and marketing

Success vs perfection: concentrate on improving what really matters and leave the rest behind