Home Economics A History of Economics 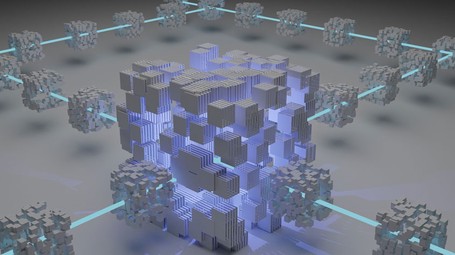 John Kenneth Galbraith OC, was born in Canada in 1908, and moved to the United States in the 1930s, where he later obtained citizenship. He was also known as Ken Galbraith, and was an economist, diplomat, public official, and intellectual. He taught economics in some of the most prestigious universities in America, such as Harvard, Princeton, and Cambridge. He has been called the last of the old-style liberals, and his many books which focused on the market, the behaviour of affluent society, and capitalism made him a respected authority in his field. He was also very active in politics: he supported the Democratic party, and had the opportunity to hold public office.

Economics is a discipline that changes over time, and has not always held a central role in people’s lives

The economy has no life of its own, it is not a rigid and unchanging entity. On the contrary, it is inextricably intertwined with the specific era and the social conditions of any given place. Therefore, as mankind has evolved through the ages, so have the various economic theories, and the economy itself. This might seem obvious, but experts have always had a tendency to view the economy as a single block which is not influenced or changed by external stimuli. There is in fact a certain resistance by many economists to adapt learned theories to the changing times. And this is a big mistake.

The transitory nature of the economy, among other things, makes the study of its economics (which at first tends to be considered difficult and rather boring) even more interesting. When it is placed it in a precise context and linked to a certain period in time, however, it turns into a living entity, and becomes more and more fascinating.

The author refers to the Greek city-states and Roman times saying that, in those days, there was no industrial level production, but only markets and small artisans. Consumer goods, i.e. products intended for widespread use, such as food, drink and clothing, were rare; only those who wielded power could afford them. In those times, the economy was not at the centre of people's lives, as it is today. At that time, much more importance was given to ethical issues. Trade did not take up much space in the minds of the great philosophers such as Aristotle, who was much more interested in the subject of slavery, among many others. So, there was a time when the economy was given very little importance, which is interesting for modern day thinkers who have always given it a key role, both collectively and individually.

The key ideas of "A History of Economics"

Economics is a discipline that changes over time, and has not always held a central role in people’s lives

In Mediaeval times trading and exchange intensified, and the issues that would be given great importance in the coming centuries began to arise

During the merchant era all trading activities intensified, and merchants were looked upon more favourably

In France, a school of thought took hold that favoured agriculture over trade

The Industrial Revolution put a swift end to the age of merchants, created a new society, and gave economic theory a huge boost

Adam Smith and other academics who lived during the Industrial Revolution are defined as classical economists, and had a strong influence on those who came after them

Karl Marx’s theories transformed our view of the world, capital, and the employer-employee relationship

The October Revolution in Russia in 1917, had a huge impact on the history of the economy

Even among economists there is great resistance to change, and there is a persistent belief in many principles that are now obsolete and out of touch with reality