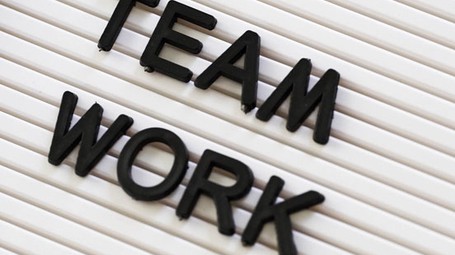 Barry Banther is the president and CEO of Banther Consulting Corporation and Banther Family Advisors. As an accomplished and respected professional, he has overseen many major projects for large companies such as Pfizer and Rockwell International. Over the years, he has held numerous leadership courses, for which he has received prestigious awards from the Institute of Management Consultants and the National Speakers Association. Banther is one of the few experts in the world to have received such high-level recognition.

Leadership is not so much about doing, as being, and it is a process that involves the whole person

Learning to lead is a complex task, and although we are not born leaders, we may nonetheless have a natural inclination towards this type of role. Leading and commanding are two very different, almost opposite, activities. The main difference is that leaders do not give orders, but guide and show people the way. In addition to ensuring that employees get certain jobs done, it is extremely important that leaders have the ability to enable everyone they meet to grow, as well as being able to bring out the best in other people, which is far from easy.

At the age of 27, Banther found himself at the head of a large company. He had been chosen for his technical abilities, but was lacking human skills, and his limited experience meant he tended to act like a boss. Over time, and as he gained experience, he realised how important it is to work as a team, rather than simply giving orders, and so he began to strive to become a better person. This awakening also led Banther to explore the concept of leadership further, and he began to see that it is an excellent opportunity for both personal as well as professional growth.

The first issue he had to reassess was the difference between doing and being, and the fact that a leader is not someone who just orders other people around, but who guides them to action through continuous motivation, in an active process of research and growth.

Banther realised that, while his somewhat closed attitude had allowed him to achieve a prestigious position, it had also forced him to face the lonely experience of only thinking of himself. He had unknowingly sabotaged his relationship with his team, by issuing commands without asking their opinion, and supervising them without allowing for dialogue. While they did what he asked, they did so half-heartedly.

When Banther saw the potential risks of his behaviour, he realised that he needed to be the first to change, and start giving, instead of just asking. He knew that somehow he had to make a change, or at the very least, invest more time in getting to know his team. He understood that the only way to build relationships based on trust and collaboration, and achieve long-term success, was to put other people first on his list of priorities. From that moment on, Banther began to observe, study, and commit to making a big shift in approach.

The key ideas of "A Leader's Gift"

Leadership is not so much about doing, as being, and it is a process that involves the whole person

Every great leader has a gift, which allows them to be loved and followed

The secret to great leadership is to put other people first

Sharing the gift means mastering the art of encouragement

Leadership influences all areas of our life, not just at work