Home Science and Technology A Life on Our Planet 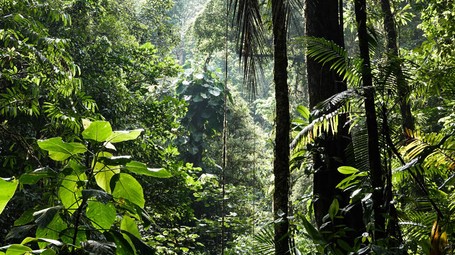 Sir David Attenborough is Britain’s best-known nature expert and film maker, whose career as a naturalist and broadcaster has spanned nearly seven decades. He has made nature documentaries all over the world - and is one of the most respected natural science communicators in the world. He was previously controller of BBC Two and, in the 1960s and 1970s, became the Director of Programmes for the BBC. He is a longstanding honorary member of the Royal Society and the Zoological Society of London. For his many merits, Attenborough has received several honours, including a Knighthood, and a record number of international honorary degrees.

David Attenborough was ninety-four years old when he decided to write this book, and his decision was based on the realisation that the world around him has tangibly changed over the span of just a few short decades. Attenborough noted a drastic decrease in the most precious treasure that human beings have at their disposal: biodiversity, a term used to describe the variety of life present on Earth, both in terms of individual species and their peculiar characteristics. The greater the biodiversity, the greater the biosphere's ability to react to change, maintain balance, and sustain life. The life of human beings also depends strictly on the abundance of biodiversity on Earth, yet despite being perfectly aware of this, our lifestyle has progressively depleted the world’s biodiversity, reducing it to a minimum.

Pripyat is a Ukrainian city built by the Soviet Union in the 1970s as a futuristic utopia. It was supposed to become a home for nearly fifty thousand young engineers and scientists from the Eastern Bloc, and their families. Today Pripyat is a ghost town. No one has lived there since 26th April 1986, when reactor number 4 of the nearby Chernobyl nuclear power plant exploded. There were several causes for the explosion: construction defects, evaluation errors, bad planning and a somewhat disengaged management team. These are the human errors that continue to cause different degrees of environmental catastrophes in our world, most of which could be avoided. Pripyat is also an example of nature’s ability to take back its own space, with or without the help of human beings. In recent decades, the city has been taken over by the forest; hundreds of plant species have successfully planted roots there, and it has also become home to several animal species that are now rare in other places. These include bears, foxes, wolves and Przewalski's horses, a breed of wild horse that is now an endangered species.

The inhabitants of Pripyat were aware of the danger of living a stone's throw from a nuclear power plant, but it was from that very plant that they earned a living, and turning off its reactors would have meant giving up the convenience of living so close to their place of work. So, they decided to ignore the dangers until there was no turning back. Just like the inhabitants of Pripyat, we also look out of our windows every day, and see the many sources of environmental damage that are likely to contribute to the end of our existence, but we choose to ignore them so that we can continue to live in comfort. Unlike the residents of Pripyat, however, we still have time to shut down our ‘reactor’, and avert the end of life as we know it.

The key ideas of "A Life on Our Planet"

By 2020, the depletion of the planet’s resources had become a depressing reality

Humans have invaded the Earth, and treat it as though they were its only inhabitants

If we don’t turn things around immediately, the Earth is at risk, over the coming decades, of becoming the new Pripyat

We must allow the wilderness to reassert itself (rewilding)

The concept of rewilding is linked to limiting population growth