Learn the key ideas of the book by Barack Hussein Obama

Barack Obama in his own words

A Promised Land, by Barack Obama, is a long and intimate journey through the stages of life which led to his being elected as President of the United States, in 2008. In between anecdotes about staff members and a few lighthearted quips about his family life, Obama talks about himself as a politician, and lays bare a man with strong values, doubts, uncertainties and imperfections, but with an unflinching faith in the future. These are the traits that guided him through all choices, even the most difficult and painful ones, which he has made over the course of his life and during his presidency. 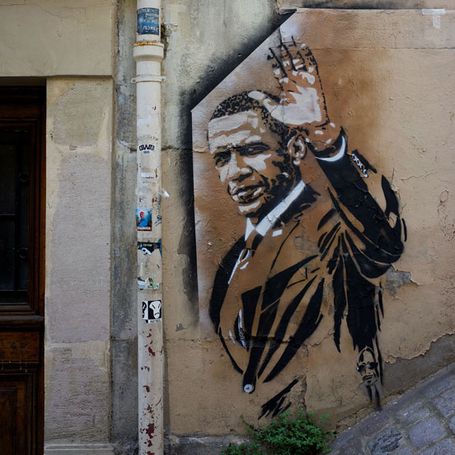 Barack Hussein Obama II is an American politician for the Democratic Party. He was the 44th President of the United States and the first of African American origin, elected in 2008 and re-elected in 2012 for a second term, which concluded in 2017. In 2009, he won the Nobel Peace Prize and was twice named TIME Magazine’s person of the year. He has published another two books, “Dreams from My Father” and “The Audacity of Hope”. Today he lives in Washington with his family.

Barack Hussein Obama II was born in Honolulu in 1961 to an American mother, Ann Dunham, of Scottish and Irish origin, and a Kenyan father. Barack and Ann spent a few years in Indonesia, with his mother’s second husband, after which Barack returned to the Island of Oahu, Hawaii, where his maternal grandparents lived. He had very little contact with his father, who had returned to live in Kenya, and whom he felt had little impact on his life and his journey. Barack’s family made sacrifices to be able to send him to a prestigious high school, but he was not very interested in studying, and did not make much of an effort. A curious young man with a critical nature, even from a young age, he began to think deeply about race issues: in fact, Barack grew up in a white family and in a society in which, he himself admits, very few people looked like him. His experiences in Indonesia had opened his eyes to the tribal tensions within the country, and the gap that existed between the various social classes. Without any specific career in mind, he enrolled in Occidental College in 1979, where he spent two years, and then he transferred to Columbia University, New York. It was at this time that his ideas about the American nation and a dream of a country free of racism, where men and women are truly equal, began to take shape.

The key ideas of "A Promised Land"

His first political campaign: candidacy for state senator of Illinois

His arrival in Washington as a United States Senator

Barack vs Hilary: the race for the nomination as the Democratic candidate for president

The democratic primaries: relations with the black electorate, with the media and with the press

“Yes we can”: Barack Obama is elected President of the United States

Averting the collapse of the housing market and the financial crisis: The Recovery Act

The fight against climate change: the international summits and the ecological disaster of the Deepwater Horizon platform

Towards the end of the first presidential mandate: operation Bin Laden