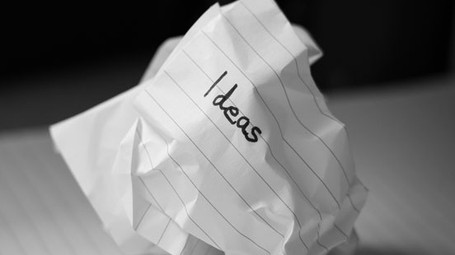 James Webb Young (1886 - 1973) was an American advertiser, who became famous for his contribution to the worldwide expansion of the Walter Thomson Company. A professor at the Advertising University of Chicago, he began working as a copywriter in 1912 for the Walter Thompson Company, of which he became vice president in 1916. When he retired in 1928, Young nevertheless continued to work as a consultant and director of Walter Thompson until 1964. In 1939-41, he founded the War Advertising Council, which later became the Advertising Council. Proclaimed Advertising Man of the Year in 1946, he has received numerous awards and honours, and was inducted into the American Advertising Federation Hall of Fame.  His little book, A Technique for Producing Ideas, which was first published in 1940, continues to be a point of reference for contemporary creative talents.

It would be nice to be able to come up with creative ideas one after the other, bringing about original ideas that can be used right away with a snap of your fingers, but it is nowhere near that easy. And if producing new ideas is already difficult enough in itself, then producing original ideas is even more so.

One of the problems comes from the misconception that our ideas are born of inspiration. This could not be further from the truth. Inspiration is only a small part of creative work, as ideas actually arise as a result of a creative process that develops over time and with experience.

Young talks about a method which can be followed, consisting of a series of specific steps. Once you understand the method, it will become much easier to generate new ideas, but above all, it will make the whole process easily replicable.

In order to be able to produce new ideas, you need to create a fertile space that you can tend to, every day, and which reflects your personal experiences and living environment. It is here, in this space, that creativity takes shape. Creativity is, in fact, strongly influenced by the environment in which it is immersed.

Once you have gathered as much information as possible, you need to understand the true meaning of the resulting knowledge, reworking it to bring its various components together to form new connections or relationships between them. This is where your ideas will come from. The stronger the ideas, the more powerful the images they represent, and the more effective the communication will be, because it will resonate in the consumer's mind.

In advertising, a good idea sells a product. It is not the product that is being sold, but the idea.

The key ideas of "A Technique for Producing Ideas"

Fill a blank page with writing

To come up with new ideas, you have to combine the old knowledge with the new

The concept of word-symbol in advertising and the kaleidoscope effect