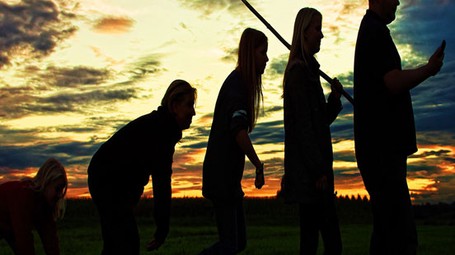 Henry Gee is a renowned science journalist, who writes regularly for Nature magazine. He is also an author, and has published numerous books such as Jacob's Ladder, In Search of Deep Time, The Science of Middle-Earth and The Accidental Species. His articles have appeared in major newspapers such as The Guardian, The Times, and BBC Focus.

The origin of the universe, which dates back 14 billion years, triggered a volatile and unstoppable process

In order to trace the origins of the universe, and understand when and how the Sun, Moon and Earth were formed, we have to go back billions of years.

The most widely accepted theory on the origin of the universe is the Big Bang, which occurred around 14 billion years ago: a violent explosion released a large amount of dust and gas that spread throughout space. Much later, about 4.6 billion years ago, those very hot gases began to stir, giving rise first to the Sun, and then to other planets, including the Earth.

Billions of years after the Big Bang, the Earth came into existence. Despite the events that followed, this process of continuous transformation has never stopped, and continues to change to this day.

The origin of the universe, which dates back 14 billion years, triggered a volatile and unstoppable process

Life on Earth first emerged some 4 billion years ago

The evolution of life on Earth is an inevitable and unstoppable process, which even prevails over destruction

The journey of life on Earth teaches us about the inevitable passage of time, and that humans occupy a miniscule part of it

Humans have a great responsibility to protect the planet

Even though it is uncertain, the future is full of hope