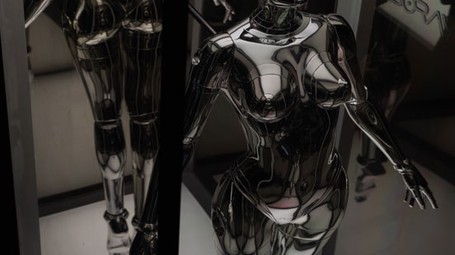 Kai-fu Lee is a Taiwanese entrepreneur, computer scientist, writer, and expert in artificial intelligence, who currently resides in China. His career charts a string of successes in some of the largest companies in the world: he worked for Microsoft, SGI, and Apple, was president of Google China, and now leads Sinovation Ventures, a two-billion-dollar venture capital that has invested in over 300 Chinese companies. Of the books that he has written, AI Super-powers: China, Silicon Valley, and the New World Order is the most important, in which he explains the trends and details of the field, and foresees a future in which China will overtake the United States in the race for artificial intelligence.

China is about to become the leader in artificial intelligence research

We are the ones building the future of artificial intelligence, and therefore, it will reflect the choices and steps we take along the way. AI is already on the rise: just think of the gaming software developed by Google, Alphago, which has proved itself capable of winning extremely complex Go matches, a game in which two players take turns placing stones on the playing board, and try to surround each other’s pieces. The program's winning streak has demonstrated the triumph of machines over man, as well as that of Western technology over the rest of the world, and beyond: such victories have also profoundly influenced China, representing both a challenge and a source of inspiration, and triggering the creation of an atmosphere similar to that between Russia and the United States during the space race, becoming what can be defined as “China’s Sputnik moment”.

The key ideas of "AI Super-powers"

China is about to become the leader in artificial intelligence research

Deep learning and machine learning are driven by data, and China has a lot of data

The peculiarities of the Chinese market: from a market-driven approach, to the successes of Jack Ma and Alibaba

Chinese goals: lean startups, the “heavy” approach, the sharing economy, and the Internet-of-Things

Future perspectives on artificial intelligence: progress in China, and the unemployment problem

The New World Order: from irreplaceable jobs, to the importance of the human touch