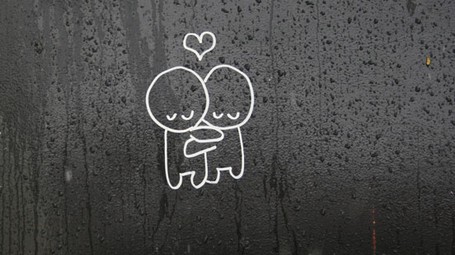 Giulio Cesare Giacobbe is both a writer and psychologist. Known for his informative writing, he is the author of numerous manuals which share his direct and clear approach to psychology, such as How to Become a Buddha in Five Weeks and The Secret to Happiness. He founded the School of Developmental Psychology, where he practices the theory of developmental psychology, which he himself created, and which focuses on the study of how human personalities have evolved and how they are formed.

We each have three personalities that need to be developed: child, adult, and parent

Each of us has three different personalities, which are automatically "activated", depending on the context and the people with whom we are dealing: different situations involve different kinds of interactions.

Known as natural personalities, we each develop the personalities of a child, an adult, and a parent: each of them corresponds to the psychological and biological development that we gradually undergo, as a result of interactions with our surrounding environment. Obviously, this development is not linear, which is why anxiety-depressive neurosis can occur: in Western society, adults remain "children" for longer, and do not learn to fully cope with adulthood, to survive, and to fight for what they want, as there is no longer a need for it.

When we look to the animal world, however, we can find many similarities when it comes to the evolutionary stages that we go through. The three personalities are each characterised by a different attitude: the child, like a puppy, is not self-sufficient, the adult is self-sufficient, and the parent is dedicated to their offspring. Each of the three personalities also has a corresponding behaviour that defines it: the child asks, the adult takes, and the parent gives.

The pup experiences constant stress and fear as a result of their dependence on the parent and their inability to look after themselves, while the adult animal only experiences fear when its life is truly in danger or its territory is threatened. The parent, on the other hand, is able to overcome fear and is self-confident, as they are entirely devoted to ensuring the well-being of their offspring.

Regression may occur at any given time throughout a person's existence, which will result in them shifting among the three phases, each of which has a corresponding behavioural pattern that the individual can assume at any given time throughout their existence. Compared to animals, in which these behavioural patterns are activated spontaneously, this process is different in humans, in whom the cerebral neocortex plays an essential role, when we include the variable of affection to human behaviour.

We each have three personalities that need to be developed: child, adult, and parent

Children are dependant on their parents, possessive, and jealous, but they know how to ask for help and play in harmony

The adult has earned their space and their freedom, but they are selfish and incapable of altruism

The parent's personality is the only one who knows how to love, but it can be biased

The development of the adult personality occurs as a result of having gone through the necessary phases, and is based on detachment and loneliness

Neuroses occur when the adult and parental personality is not structured

The neurotic child, adult, or parent is confined to the attitudes of the phase they are in

Neurosis and relationships: the only healthy couple is one formed by people who have undergone all of the necessary developmental stages