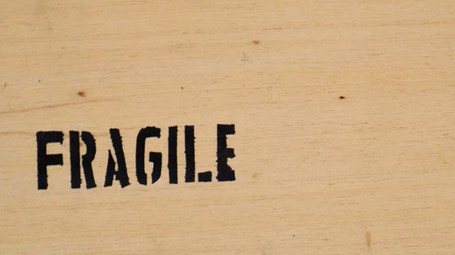 Nassim Nicholas Taleb is a Lebanese-American philosopher, mathematical statistician and essayist. He is also a professor of the Science of uncertainty, former option trader, risk analyst and aphorist whose work concerns problems of randomness, probability and uncertainty. He is a professor of Risk Engineering at the New York University Tandon School of Engineering and at Oxford University, and is currently listed as a scientific adviser at Universa Investments.

Understanding the concept of antifragility through mythology: Damocles, the phoenix and the Hydra

The opposite of fragile is not robust, as we might think, neither is it solid, or resistant, but “antifragile”, a buzzword that indicates something or someone capable of withstanding trauma and shocks and able to draw benefit from them.

Ancient mythology offers us three examples of fragile, robust and antifragile. The first of our three characters is Damocles; he was an example of fragility, in that he was allowed to take part in a sumptuous banquet, while a sword hung over his head, tied to the ceiling by a horsehair. Damocles was fragile because that horse hair was sure to break sooner or later, it was simply a matter of time.

The phoenix on the other hand, was a robust creature, because it had the power to rise from the ashes, and to be reborn exactly as it was before, without evolving in any way.

The Hydra was similar to a reptile, with several heads, and each time one of its heads was chopped off, two grew back in its place. It was an antifragile creature because it was able to derive benefits from being harmed.

The more societies evolve and become complex, the more they are exposed to strong trauma and cycles of collapse, and this phenomenon is inevitable, so to counterbalance success, we need a large dose of robustness and a heavy sprinkling of antifragility. If we deprive a system of stress factors, we are in fact doing it more harm than good. We need to aspire to be like the Phoenix or the Hydra, otherwise, sooner or later, the sword of Damocles will strike us.

The key ideas of "Antifragile"

Understanding the concept of antifragility through mythology: Damocles, the phoenix and the Hydra

True innovation is not created in situations of ease and security

Fragile entrepreneurs are essential for an antifragile economy

Naive intervention: when the need to help does more harm than good

Seneca the philosopher: an example of antifragility

Optionality is an essential tool for antifragility and innovation

We are fragile when we are hit hard by extreme events

The negative path: it is better to take away than to add

The old is superior to the new

We are not here to live forever