Home Startups and Entrepreneurship Anything You Want 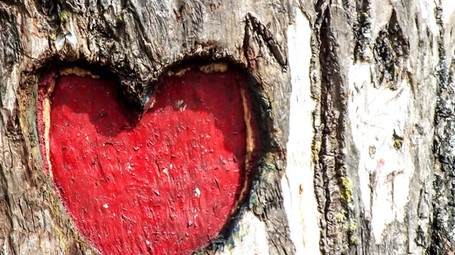 Derek Sivers is a musician, music producer, and entrepreneur. In 1998, he created the CD Baby website almost by accident, and it quickly grew to become the largest independent music retailer on the web, with over $100 million in sales and more than 150,000 musician customers. In 2008, Sivers sold CD Baby for $22 million, and began travelling the world while continuing to create and cultivate creative businesses. He regularly writes about creativity, entrepreneurship, and music on his blog http://sivers.org/.

You don't need money to start helping people: focus on making a dream come true for yourself and others

In 1997, Derek Sivers was a twenty-seven-year-old professional musician. He earned his living playing music, gigging in the US and Europe, producing other people's records, and running a small recording studio. He had also worked as a musician and presenter in a circus. He was living every independent musician's dream. He had recorded a CD of his music and had sold 1,500 copies at his concerts. He wanted to sell it online, but there were no companies that sold indie music on the web. He called the big digital record stores and they all told him the same thing: the only way to get his CD onto their online stores was through a large distributor. But large music distribution was a complicated system that Sivers didn't want to deal with, so he decided to create his own online store where he could sell his CD.

At the time, services like PayPal didn’t yet exist, and creating an ecommerce site was still a job reserved for IT experts. Sivers learned to program and set up a digital cart, quickly becoming the point of reference for independent musicians who wanted to sell their records online. In ten years, CD Baby went from zero to $4 million in sales per month, and transformed from a simple personal hobby to being a company with 85 employees. It became the international benchmark for independent music, and a provider to giants, such as iTunes, Rhapsody, Yahoo! Music, Napster, and eMusic.

Sivers created CD Baby because he wanted to solve a personal problem, and ended up helping many other people who were in the same predicament. As an entrepreneur, starting a company allows you to improve the world by doing something that makes your dream come true. It is a kind of utopia in which you design your perfect world. When you create a business, you create a small universe where you are the one who makes the laws: no matter how things are done elsewhere, in your small world, you can choose to do it your way. By following your dream, and creating your own little utopia, you will also inadvertently make someone else's dream come true, too.

You don't need a big vision to get started - you just need to focus on helping people right away. The best plans start out simple, and even drawing up your business plan shouldn't take a lot of effort, just a fair amount of common sense. This is especially relevant because business plans are never set in stone: you will never really know what people truly want until you start actually making things happen. As serial entrepreneur Steve Blank puts it: “No business plan survives first contact with customers”.

When starting your business, you have to answer a call for help: never do anything just for the money, and don't pursue business purely for personal gain. If you make sure that you take better care of your customers than yourself, you will do things right. Never forget that if you are successful, people will herald you as having started a "revolution", but before then, you will just be considered as an eccentric person who does things differently.

When someone says they want to do something big but can't until they raise enough funds, it usually means they're more in love with the idea of ​​greatness than actually doing something worthwhile. For an idea to become great, it must be useful, and to be useful it does not need funding. If you want to be useful you can start right now, with as little as 1% of what your great vision requires. Maybe at first you will only create a humble prototype of what you have in mind, but you will be putting yourself in the game. You will be ahead of the others, because you have actually started, while others will be waiting for the finish line to magically materialise in front of them.

Just think of how Richard Branson started Virgin Atlantic Airways: he was at the airport when the flight he was supposed to take was cancelled, so he told all the other passengers at the gate that he would charter a small private plane to fly all of them to their destination, as long as they split the costs. Starting small allows you to put 100% of your energy into solving real problems for real people, and gives you a solid foundation from which to grow. Plus, it avoids the friction of more complex structures and allows you to change your plan in an instant, as you work closely with those first customers who tell you what they really need.

Right before 2000, shortly after CD Baby was launched, there was the dot-com boom, and a massive increase in the number of service companies that develop most of their business through a website. At the time, anyone with some idea and a vague plan was receiving millions of dollars from investors. Derek Sivers never wanted investors for CD Baby, despite receiving offers every week from investment firms eager to put money into his company. Sivers never accepted them, thus putting himself in a position whereby he did not have to please anyone but himself and his customers. His aim was not to expand the company as much as possible, but to better serve his customers. So always keep in mind that your idea doesn't need funding to make it happen, and you don't need an MBA, a particularly great client, a certain person's approval, a fluke or any other commonly used excuse not to start.

Ideas are worthless if they are not put into practice. The brightest idea without execution is worth $20, but for an idea to be worth $200,000,000 (two hundred million dollars), it requires good execution. Plus, if you run your business like you don't need the money, people will be happier to pay you. People can tell when someone is simply doing something for the money, just like you can always tell when a person is a desperate lover. When someone does something out of love, with generosity rather than greed, with trust rather than fear, this law is triggered: we want to give to people who give. So, start your business like you don't need the money, and the money will surely follow.

The key ideas of "Anything You Want"

You don't need money to start helping people: focus on making a dream come true for yourself and others

The way to grow your business is to focus on your customers: always put them first

Success comes from constant improvement, not persistence in doing what doesn't work: carefully select the ideas to pursue and the people to serve

Make yourself superfluous in running your business: learn the art of delegation, but without abdicating your power

The real purpose of any business is to be happy, so only do what makes you happy, and create your own little corporate utopia