Home Science and Technology Astrophysics for people in a hurry 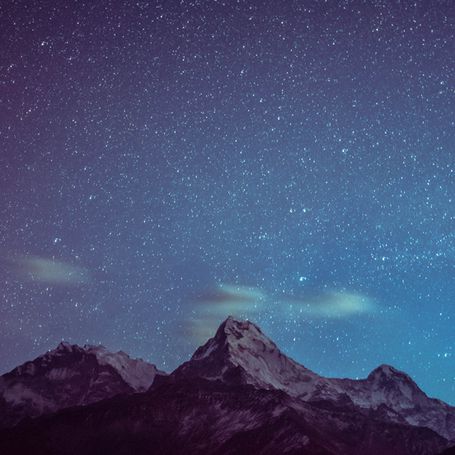 Neil deGrasse Tyson is an astrophysicist, works for the American Museum of Natural History in New York. He is director of the Hayden Planetarium. He attended Bronx High School of Science, graduated from Harvard with a degree in Physics, and a PhD in astrophysics from Columbia University.

The universe is our cosmic address

We are about to begin a journey that will take us from the infinitely large to the infinitely small, from the dawn of time to the most unimaginable future. We will be able to explore galaxies, suns and worlds and understand what they are made of. Before we begin, it is important to understand where we are at this moment, to discover our cosmic address. We will take small steps, and call them Points, we will proceed from them, widening further and further. As we all know, we live on a planet, the Earth, which is part of a solar system of planets orbiting the Sun. Let’s begin at point 1: our neighbor, the Moon. The Moon has no sky, has no oceans, it has no life but exerts a force necessary for life on our planet. Let's move on to Step 2: the Sun, our star. The Sun feeds the wind, the waves and all life on Earth. Along with all the other planets in the solar system, we on Earth are joined to it by a great gravitational embrace. At point 3, we continue and meet Mercury, Venus, Earth, Mars, Jupiter, Saturn, Uranus, Neptune and Pluto: they are the planets of our solar system, from the closest to the Sun to the furthest. Beyond Pluto, the most distant planet, there is a pile of thousands and thousands of frozen bodies. The spacecraft that managed to reach them is called Voyager1, the furthest that we have been able to reach so far. The Sun also exerts its gravity on a thousand billion frozen comets that literally envelop the solar system (Oort cloud), Point 4. Comets are the remnants of the birth of the solar system that occurred 5 billion years ago. But it is not over: here comes Point 5: the Milky Way, our galaxy. We are 30,000 light years away from the center. Andromeda, the closest galaxy to us, forms a group called the local group with the Milky Way and another handful of galaxies. And all of them, together with thousands of other galaxies, form the Virgo supercluster which is only a tiny part of the entire Universe: here we reach Point 6. Each galaxy contains billions of suns and infinite worlds. There are parts of the Universe still too far away for us to observe them. Just think about this: 14 million years that the Universe has been alive are not enough, the light (the fastest thing that exists) from those worlds has not yet reached us. We are then about to begin a journey that will provide us with some answers to the most curious questions such as "what is the nature of space and time?", "What place do we occupy in the Universe?". We have perhaps little time to ask questions about these issues. The truth, however, is that we need to shed some light on the matter, so we can say that we know more about black holes, the Big Bang, quarks and quantum mechanics.

The key ideas of "Astrophysics for people in a hurry"

The universe is our cosmic address

How did the universe come to be?

Observing the cosmos is like taking a journey through time

The mythological story of the Milky Way and the galaxies