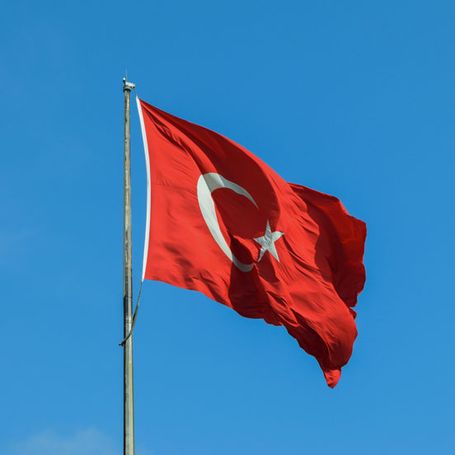 Marco Guidi is a journalist with over 30 years’ experience: he was a war correspondent for the Middle East and the Balkans for many years, and is an expert on Turkey, a country he has been visiting regularly for almost 50 years. He has reported extensively for major Italian national newspapers, such as Il Messaggero, La Stampa, Il Resto del Carlino, and the Neapolitan daily Il Mattino, specialising in the Middle East and Islam, promoting dialogue between the East and West. He has been a professor at the School of Journalism at Bologna University since its founding, and also taught journalism for the UN and International Cooperation.

Is Erdogan a champion of democracy in disguise, or a dictator dressed up as a democrat?

One question springs to mind when we think of Turkey’s current president, Recep Tayyip Erdogan: did he pretend to be a champion of democracy when he first came to power in 2002, having already plotted a revolution, or did his plan unfold gradually over time? One thing is certain: there is not much room for democracy in modern-day Turkey. The president holds almost complete authority, while secularism, and ethnic and religious minorities, especially the Kurds and Alevis, continue to be in real danger.

Reactions from EU countries have been inconsistent at best, and agreements made over the years have largely done more harm than good. What’s more, Europe's initial predictions about Erdogan’s rise to power have since been proven shockingly inaccurate. These miscalculations could, for the most part, have been avoided if, rather than just relying on the social situation in the most westernised areas of the country’s larger cities, such as Istanbul, Ankara, or Izmir, Turkey’s historical past, at least since the final years of the Ottoman Empire, had been taken into account.

What is certain is that the coup, held on 15th of July 2016, marked a turning point for present-day Turkey: not so much because coups are unusual in Turkey, but because it was the first one to fail. Too many things went wrong: firstly, the air force was the least suitable armed force for the job, and secondly, it was met by opposition from the military chiefs. It appeared to have been plotted by amateurs, and was accompanied by a series of peculiar and somewhat suspicious events, while the Turkish minister’s reaction was almost instantaneous, and extremely articulate. The European Commissioner for Turkish affairs at the time, Johannes Hahn, said that the list of arrests seemed to have been prepared before the rebellion even took place: was it a fake coup? If not, it was certainly a stroke of luck for Erdogan, who wasted no time in profiting from it, and later defined it as a “gift from God”.

However, this was not the first time the president had demonstrated that he would stop at nothing to seize control: the events of Gezi Park, the siege of Kobani, massacres in predominantly Kurdish cities, and the ousting of his fellow party members, such as Abdullah Gül, had already set the tone for the increasingly authoritarian and self-referential control with which Erdogan had blatantly empowered himself.

The key ideas of "Atatürk Addio"

Is Erdogan a champion of democracy in disguise, or a dictator dressed up as a democrat?

The aftermath of the post-coup repression bordered on the farcical, and didn't even remotely resemble democracy or justice

The balance between progress and decline in Turkey: from Atatürk to Erbakan and Erdogan

Erdogan is passionate about politics, but has trouble managing his own ambitions, for which he is willing to sacrifice anything and anyone

Erdogan's party would not have been so successful, had it not been for the Hizmet movement

Foreign policy is not Erdogan's strong suit, and he has made far too many mistakes in this area