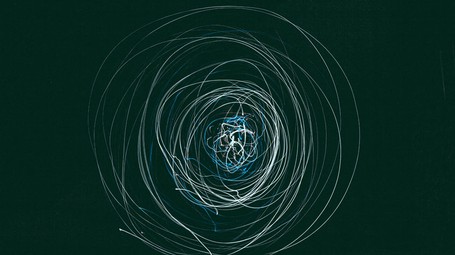 Kate Crawford is a Research Professor at USC Annenberg, Senior Principal Researcher at MSR-NYC, and Honorary Professor at the University of Sydney. She is also the first person to hold the position of Visiting Chair for Artificial Intelligence and Justice at the École Normale Supérieure in Paris, where she coordinates the international working group on machine learning. In her 20-year career, Crawford’s work has focused on understanding large-scale data systems, machine learning, and artificial intelligence within the broader contexts of history, politics, labour, and the environment.

Artificial intelligence is an industry of extraction, which must be analysed from various perspectives

An atlas is a collection of resources, including images, texts, and information in varying degrees of detail. It is not a neutral source of information, but provides a specific perspective through which we are able to view the world: through science. Producing an atlas, however, also requires creativity, and this allows us to view the world from an artistic perspective. So, similarly to how we view the world around us, we also need to approach artificial intelligence (AI) from different perspectives. One solution is to take a topographical approach, looking beyond the abstract promises of AI and the latest machine learning models, in order to understand the different fields in which AI is applied, and see just how closely they are interconnected. What’s more, we must remember that artificial intelligence tends to analyse our planet by transforming it into something that can only be read from a computational point of view. One example is the standardisation and distribution of maps owned by the AI industry, which indirectly controls people’s movements, communications, and jobs. If we don’t do anything about this situation, the AI industry may well stop creating maps altogether, and become the only atlas through which we are able to see the world. Much like the mappae mundi, which were maps created in mediaeval times to illustrate different aspects of the world from the perspective of certain religious concepts and influences of power, AI represents only a small, undiversified, and powerful group of people.

Kate Crawford maintains that artificial intelligence is an industry of extraction. Modern AI systems are commonly believed to be sustainable or ‘green’, a misconception deriving from their association with certain natural elements, such as the ‘cloud’. The reality, however, is that they are heavily dependent on the exploitation of energy, mineral resources, cheap labour, and a large supply of data. Moreover, they are built around the concepts of capitalism and control, which highlights and amplifies the system’s underlying inequality. We can, and must, question and change these ideals, but the only way to change the politics behind AI is if the various justice movements – especially those fighting for the protection of privacy, workers’ rights, Earth preservation, and racial equity – join forces to present a united front. It is also important to ask ourselves what kind of politics artificial intelligence is helping to propagate, which interests it supports, and who it is harming. These questions are not easy to answer, and the risk of becoming powerless in our stand against such dystopian ideas is high. Yet, we must remember that this is not an unsolvable situation, and that now is the time to pull together and make a change.

The key ideas of "Atlas of AI"

Artificial intelligence is an industry of extraction, which must be analysed from various perspectives

Artificial intelligence is neither autonomous nor rational, but a product of the dominant power system

Classifying data is an act of power

Artificial intelligence stems from a specific system of power