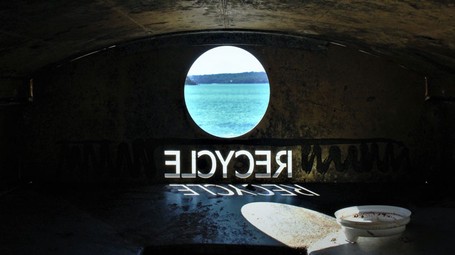 Michelle Nijhuis is a journalist and biologist by training, who specialises in telling stories about conservation and global change. She is a project editor at The Atlantic, where she edits features for the Planet newsletter, and a series called Life Up Close. Her articles have also been published in National Geographic and The New York Times Magazine. Her research and reporting have been supported by the Alicia Patterson Foundation, the Alfred P. Sloan Foundation, the Pulitzer Center on Crisis Reporting, and the Food and Environment Reporting Network. Her book, Beloved Beasts: Fighting for Life in an Age of Extinction, won the Sierra Club’s 2021 Rachel Carson Award.

It is crucial that people understand why we are fighting for species conservation, in order to ensure the widest possible support for the cause

In their broadest sense, the terms protection and conservation mean preventing the destruction or loss of something. Attempts to protect animal species began in ancient times, and the reasons behind them were somewhat diverse. In the third century B.C., for instance, Buddhist Emperor Ashoka forbade the killing of parrots, turtles, hedgehogs, bats, ants, and all inedible four-legged creatures throughout his entire kingdom, which now would roughly correspond to modern-day India, Pakistan, and part of Afghanistan. Marco Polo reported that even Kublai Khan banned the hunting of hare, deer, and large birds between March and October, in order to allow these species to reproduce. In Medieval times, hunting certain species was a privilege reserved only for the very wealthy.

Charles Darwin’s Theory of Evolution, published in the mid-19th century, highlighted the close relationship between humans and other species. Until that time, however, in Europe and North America, this relationship had been strongly influenced by the Christian belief that humans had a God-given right to decide whether other creatures should live or die.

At the same time, people were also coming to the realisation that the rapid industrialisation and globalisation of society was forcing some species into extinction. Yet, the philosophers, theologians and scientists of the time chose to gloss over one important question, namely: why should we have to make sacrifices, in order to protect other species? This question becomes harder and harder to answer the further we move away from animals we consider to be our pets, and start to think about ‘annoying’ animals, such as mosquitoes, or those that are dangerous or, as far as we know, useless.

The key ideas of "Beloved Beasts"

It is crucial that people understand why we are fighting for species conservation, in order to ensure the widest possible support for the cause

For a long time, it was believed that animal species were constant and everlasting

The concept of wilderness revolutionised the conservation movement

Important international institutions and new disciplines were created after World War II, which made it possible to extend conservation to broader ecological levels

The environmental and nature conservation movements have common goals, but different priorities