Home Society and Culture Between the World and Me 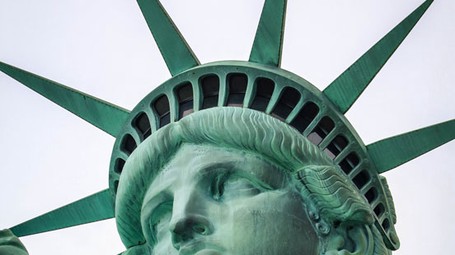 Ta-Nehisi Paul Coates is an American writer and journalist. After a childhood spent amidst the violence of the streets of Baltimore, Coates embarked on a literary career and attended Howard University, one of the most prestigious, historically black, universities in the United States. Later, Coates made himself known to the general public by writing about culture and socio-political issues underlying relations between African Americans and white supremacists. Among his best-known works is the essay / letter to his son, Between the World and Me.

To fight racism, we must fight the American Dream

In the United States, where racism is widespread and closely connected with social and cultural policies, people are divided into an A and a B league: those who believe themselves to be white are citizens worthy of respect, regardless of their personal qualities, class, and origin. Then, there are all the others, the non-whites, whose only mistake was being born with different physical characteristics to those of the ruling class.

For those individuals belonging to the B league, there really is no justice: they are born with the stigma of not having total control over their bodies and their lives, because at any moment, simply because of the colour of their skin, they are exposed to greater risks than those who consider themselves white: the police can stop and get away with killing them more easily because of their appearance, they suffer more injustices, and must learn to be constantly on the defensive, and bow their heads when the situation is not in their favour. The risk of being arrested, tortured, or killed is too high to require that the same justice be applied to them as it is to everyone else.

The African American community is part of this second group, and the stigma that every newborn carries with them from their first breath - that distance between them and the world of the privileged - creates a climate of endless fear and violence. Sooner or later, every newborn of colour will come to realise that, irrespective of the amount of commitment and righteousness they choose to live their life by, it will never be enough to protect them from the risks that skin colour poses to their freedom and control over their body. Due to this disadvantaged start - a disadvantage that we already know will never be overcome - countless individuals lose their way, and lose the strength to keep fighting. Those that remain have to contend with the constant fear of being vulnerable, in danger, and not really having control over their own body, nor even that of their children.

With this awareness in mind, the author turns to his son to explain the dangers and disadvantages - but also the advantages and beauty - of being African American. Among these, there are many related to personal safety, because every black person, sooner or later, has to deal with the fear of being killed, suddenly, without reason, and in the knowledge that the killer will soon thereafter be set free once again. However, there is one danger that far outweighs all the others, because it affects peoples' minds, ideas, and beliefs: it is the concept of the American Dream, one that we hear about so often. The American Dream offers a vision of tranquillity, of middle-class neighbourhoods where everyone has a home and is happy, and where nothing unpleasant ever happens, where only serenity prevails.

The United States promotes this mirage, and to do so, and thus ensure that it endures and people continue to pursue it, they need a counterpart: after all, everything good, to be really good, must find its positivity in contrast with something opposite and negative. This is why they invented race: the American Dream makes more of an impact if placed in contrast with something inherently inferior, bestial, and negative - dreamers can pursue it by creating their own perfect world, by exclusion. The Dream itself is, therefore, at the basis of the concept of race and racism.

The main risk of the American Dream is in its being sneaky towards all those who cannot feel white: the country also sells the concept of the American Dream to African Americans, it makes them feel that they, too, have a chance to live within the suburban vision of tranquillity and well-being, while at the same time, however, they make it unattainable. For a black person, giving in to the temptation of dreaming means justifying the very racism that they suffer themselves on a daily basis in the name of an ideal that is merely an illusion, because, in fact, for anybody who cannot define themselves as white, it is impossible to achieve.

The key ideas of "Between the World and Me"

To fight racism, we must fight the American Dream

As Prince Jones's story shows, sometimes even college is not enough

In the United States, people of colour must constantly live on the defensive

Travelling abroad can help you finally overcome the American Dream, and distance yourself from it