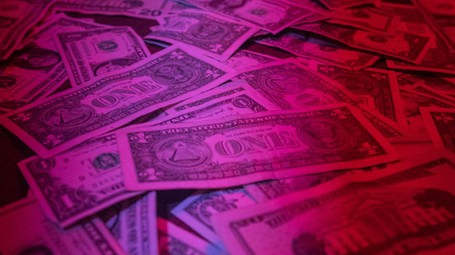 Bradley Hope lives in London, is the co-author of the best-selling book Billion Dollar Whale, and writes about finance and malfeasance for the Wall Street Journal. Previously, he was a Middle East correspondent for six years. In the course of his career, he has won a Gerald Loeb Award (an award dedicated to journalists demonstrating courage and valour who cover business and finance) and was a finalist for the Pulitzer Prize.

Tom Wright is the co-founder of Project Brazen, a studio that creates focused, journalism-centric content, he is a Pulitzer Prize finalist, and a New York Times best-selling author. In 2018, he co-wrote Billion Dollar Whale with Bradley Hope, which is the definitive account of one of the world's most daring frauds. In 2020, Stanford University honoured him for services rendered throughout his career as a journalist in Asia, which spanned over 20 years.

Jho Low: a complex man, and a real character

Originally from Malaysia, Jho Low has always been a mysterious figure: whether he was on board a yacht, or at a private party, his appearance was in stark contrast to the actual power that he could wield, in any given situation. His round face was boyish, with glasses and chubby cheeks, and not a shadow of facial hair.

He was relatively awkward during conversations, and was not a particularly charming host, but he was extremely polite, even though he never really seemed to be fully present in the moment and often had to excuse himself to answer one of his many mobile phones.

So how was Low able to deceive the entire international finance industry? His family history is dubious, and Low himself told many different versions of the story, depending on his needs at the time, in which his grandfather took on various roles. One thing is certain, however: Jho's father, Larry Low, was very conscious of social status, and what he could gain from building relationships with the 'right' people. Low also inherited this trait, and took it to such an extreme that his life sometimes resembled a Hollywood production.

At the age of sixteen, Low was sent to study at the extremely prestigious Harrow School, a private school near London, England, where he realised that, even if he lacked power and prestige, he needed to put on a front if he wanted to be given certain opportunities. Low fell in with a group of boys who always seemed to get away with breaking the rules. In later years, while he was studying at Wharton School, whose alumni include Donald Trump and Warren Buffet, he received large sums of money from his father every month, in order to pay for his betting trips to Atlantic City, and his busy social life of parties and soirées.

From a very young age, he learnt the art of communicating in a calm and quiet voice, and negotiating with people to convince them to do what he wanted, without them even realising it. This allowed him to build relationships that would prove to be fundamental for his future, including those that led to him becoming an important figure among Middle Eastern royalty and businessmen. During a six-month break in 2003, he travelled to Kuwait to meet with local influential figures, who were introduced to him by his friend and fellow student Al Wazzan. During one of these meetings, he came into contact with someone who would change his entire life: Yousef Al Otaiba, a specialist in foreign policy and an advisor to the local sheikhs. During the meeting, Low proposed a business opportunity, which involved making deals between the Middle East and South East Asia, especially Malaysia, which he described as a budding economy. This was a complete bluff: Low’s only focus was partying, he was by no means a broker, and had no business connections, especially in Malaysia, but this did not stop him. Al Otaiba showed great interest in the proposal, and began to open important doors for Low in Abu Dhabi. Jho made sure that these meetings resulted in financial opportunities and, during his last semester at Wharton, opened his first company, the Wynton Group, which was based in the British Virgin Islands. The company provided Middle East business people with real opportunities to invest in projects in Malaysia.

Jho Low: a complex man, and a real character

His attempted debut as a broker, and the temptation of offshore accounts

The meeting with Najib and the beginning of Low's unstoppable ascent

1MDB: the creation of the wealth fund that started it all

The many versions of the story of Low's origins: cracks begin to appear in the image he wants to portray

Low is forced to face his reckoning, with the help of the FBI