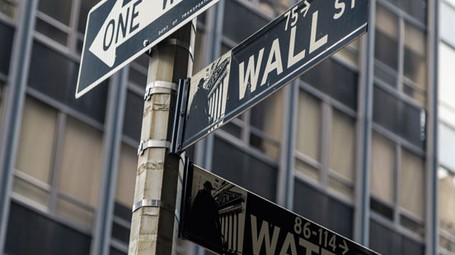 Sheelah Kolhakar is a journalist for the New Yorker. She has worked as editor and national correspondent for Bloomberg Businessweek and her work has been published in The Atlantic, The New York Times, The New York Times Book Review, Time and other publications. She is a speaker and commentator on business, economics, Wall Street, financial crime, politics, Silicon Valley and other topics at conferences and on television shows. Before becoming a journalist, she worked for several years as a risk arbitrage analyst for two hedge funds in New York, where she currently lives.

The start of hedge funds: from small operations by eccentric traders to Wall Street power hubs

In 1992, when Steve Cohen founded S.A.C. Capital Advisors, most people had absolutely no idea what a hedge fund was. Speculative investment funds were created mostly as small informal operations, carried out by eccentric traders whose financial ambition was too high, even for Wall Street’s most powerful investment banks. For years, hedge funds existed on the outskirts of Wall Street operations, but by the mid nineties, they had become the centre of the investment sector, and had started to generate massive annual profits. Over time, the term hedge fund has lost all ties with the careful strategy of cover and protection from which its name originates; the word hedging is used to describe a process used to reduce risks and volatility of a portfolio. It later became a term for unregulated investment companies. For a trader, working in a hedge fund was an opportunity to test their skills against the market and get rich at the same time: it is no coincidence that in a short time, hedge fund jobs have become the most coveted in the financial sector, making the traditional Wall Street investment banking career look far less interesting. By 2015, hedge funds controlled nearly $3 trillion in assets worldwide, and were a driving force in the extreme imbalance of wealth in the early 21st century. Hedge fund moguls did not build railways or factories, or invent life-saving medicines or technologies, they earned their billions through speculation. Not only that: in addition to having accumulated extreme personal wealth, they also obtained a very powerful influence on the whole market and on the CEOs of public companies, who could no longer ignore them, and their focus on short-term equity performance. Most hedge fund traders do not see themselves as company owners or even long-term-investors: they are interested in buying, making profits and selling. As the media began to pay attention to hedge funds and word spread about this new way of becoming insanely rich, thousands of new funds were opened. The most famous name in the rise of hedge funds and how they transformed Wall Street is Steven A. Cohen. As someone who preferred to avoid the spotlight, Steve was an enigmatic and mysterious figure, even for those in his own sector, but his average returns of 30% a year for twenty years were legendary, also because his performance was not based on a clear strategy: Cohen just seemed to have an intuitive sense of how black markets moved. “Black Edge” chronicles the rise of the powerful new hedge fund billionaire class and the largest insider trading investigation in the history of Wall Street, which for a whole decade painstakingly turned the screw on its network of hedge funds. It all started in 2008 with the investigation of hedge fund co-founder Galleon Raj Rajaratnam, which quickly expanded into a network that involved business executives, lawyers, scientists, traders and analysts across dozens of companies. The ultimate target was Steve Cohen, the founder of what was arguably the most powerful hedge fund that the industry had ever seen.

The key ideas of "Black Edge"

The start of hedge funds: from small operations by eccentric traders to Wall Street power hubs

The crazed pursuit of black edge: proprietary, private and determined to move markets

Steven Cohen: cunning, cold blooded and tripping on high stakes adrenaline, ever since his teens

The nineties and the founding of S.A.C.: a rise to power on Wall Street

The origins of a culture of insider trading in S.A.C.: the search for experienced traders with networks of powerful connections

The nineties and the height of S.A.C.’s success

Allegations of insider trading at S.A.C. and the story of Mathew Martoma

The financial sector today, between complexity and deregulation