Learn the key ideas of the book by Reid Garrett Hoffman , Chris Yeh

Blitzscaling is the technique used by companies like Google, Facebook and Airbnb to transform them from start-ups into billion-dollar companies. Not all companies are capable of making this leap, but those who have, all used the blitzscaling technique, which gives priority to speed over efficiency. To achieve blitzscaling, a start-up must have a powerful product, a robust distribution channel, a clear and good-sized market and must work within an ecosystem that allows for impressive capital funding. Moreover, blitzscaling can be used in fields other than high tech, as demonstrated by Barack Obama's presidential campaign. 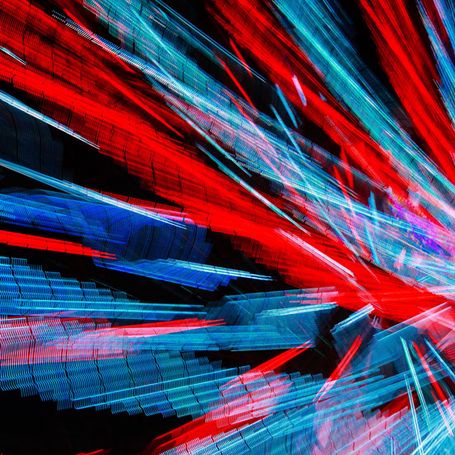 Reid Garrett Hoffman is an American entrepreneur, venture capitalist and author. Notably, Hoffman was also the co-founder and executive chairman of LinkedIn, a social network specially designed for professionals to connect.

Chris Yeh is the Vice President of Marketing at PB Works and the General Partner at Wasabi Ventures Global, which is a start-up incubator, a consulting firm and a venture capital fund. Yeh is also active as an angel investor in numerous start-ups and is the founder and chairman of the Harvard Business School Technology Alumni Association.

What is Blitzscaling and how does it work? Two very concrete examples

In 2011, Wimdu, a new company founded by Rocket Internet and Kinnevik, i.e. the Samwer brothers and a major Swedish investment company, challenged Airbnb. By using their usual business tactics, the Samwers offered Airbnb’s co-founder, Brian Chesky, to buy Wimdu - which had the same business model and competed in the same market - in exchange for 25% of Airbnb. Faced with this decision, Chesky decides to listen to Mark Zuckerberg's advice: "Fight, the best product will win." So, in order to win this battle, Chesky chooses to use the blitzscaling technique, which is an aggressive set of strategies and tactics that leads towards lightning growth by prioritising speed over efficiency. "Blitzscaling" derives from the use of the word "blitz" which describes something rapid and lightning-fast. The first usage of blitz was in the twentieth century in the word "blitzkrieg" meaning: "lightning war." In 2010, another CEO in China found himself in a difficult situation. His company, Tencent, owned the QQ messaging system that had 650 million active users a month. QQ had revenues of nearly $2 billion, making it one of the most valuable internet companies in China. However, QQ was still a desktop product that needed a mobile version. An opportunity like this posed a great risk to Tencet, as it threatened its relations with telephone operators like China Mobile, which received 40% of the economic value from text messages that QQ users exchanged. Discreetly, a small team received the green light and in two months they developed the Weixin service, which means “micro message” in Mandarin. Outside of China, the service became known as WeChat. Sixteen months after its launch, the service reached one hundred million users. Six months after that, it reached two hundred million and in the following four months it grew to three hundred million. At the end of 2016, Tencent's earnings rose to $22 billion, an increase of 48% from the previous year and of 700% from 2010. Tencent CEO Pony Ma defined the decision he made in 2010 and the two months that followed as a "matter of life or death".

The key ideas of "Blitzscaling"

What is Blitzscaling and how does it work? Two very concrete examples

A start-up has a killer product, a clear and sizeable market, and a robust distribution channel, now what?

"Succeed or die": a growth strategy very far from the traditional one

The three basics of blitzscaling

From a family to a nation: the five stages of blitzscaling

The type of growth expected from blitzscaling requires management innovation

How do you innovate a business model? Growth factors and limiters

Blitzscaling is most applicable in high tech, but it can also benefit other industries...