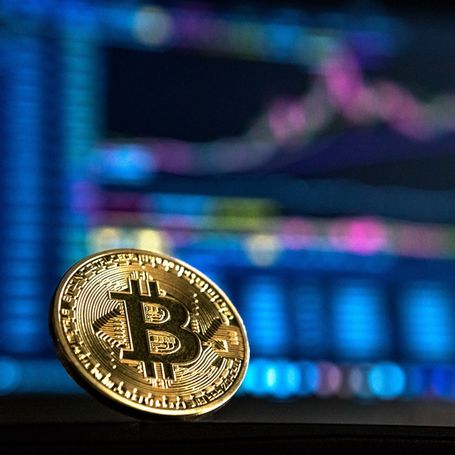 Mark Gates grew up in California and he has been part of the tech scene for over a decade. He started designing websites while he was still in high school and he launched a web design company while he was at college, over 15 years ago, at the beginning of the Internet boom. He expanded his web design company to incorporate digital marketing, SEO (search engine optimisation) and social media. Having sold his company, he currently spends his time travelling the world, making money from his laptop.

What is a blockchain?

The blockchain has been defined as the biggest innovation after the internet. Its supporters say that it will transform any business and that it will affect almost everyone on the planet within the next few decades.<

The blockchain is like a database, it is a new way of storing valuable data and transactions.

Transactions between people today require intermediaries that make them possible by providing the necessary trust and security, such as banks, governments and financial institutions. They require third parties who have centralized databases that rely on people’s trust in their systems of laws and regulations (we trust banks not to steal our money, that governments secure deposits in case a bank goes bankrupt, we trust that credit card companies withdraw the correct amount from our accounts, that our data is not disclosed, etc.). The blockchain proves to be an extremely useful tool for all those who live in countries where these intermediaries cannot be trusted.

In fact blockchain technology removes the need for an intermediary, allowing people to make transactions directly with each other. The blockchain is a decentralized, shared, distributed database (i.e. a database shared by multiple computers connected to a network) where all participants can see and validate all transactions, creating transparency, trust and security.

Blockchain is not to be confused with Bitcoin. Bitcoin is a blockchain-based system, it is a digital currency used mainly for payments whose issue and management is governed by the network and does not require a central institution. Blockchain technology can be used to record and transfer anything of value, not just financial transactions.

The key ideas of "Blockchain"

What is a blockchain?

How does the blockchain work?

The advantage of blockchain technology

The blockchain and the financial industry

Blockchain and industries other than finance

What is the future of the blockchain?