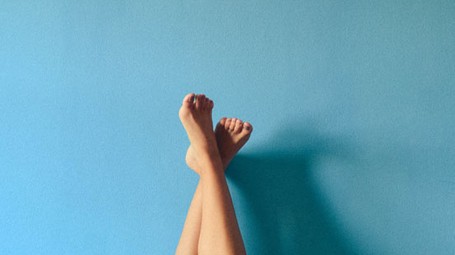 Megan Jayne Crabbe has over 1.3 million followers on her social media channels. She has built a digital content platform for her audience, which is focused on body positivity, the treatment of eating disorders, mental health, and feminism. She published her first, best-selling book Body Positive Power in 2017, she is a speaker and lecturer, and works with the BBC, The Brits, and Channel 4.

The imaginary body: when we look in the mirror, we are not comparing ourselves to a realistic standard, but to an image of perfection that has been invented by the media, and created with Photoshop and other editing programmes

Some of us spend our whole lives striving to achieve the perfect body, one that will finally make us believe that we are beautiful and, above all, allow us to achieve happiness. We have been manipulated and brainwashed into thinking that changing our appearance should be our main objective in life: over the last century, women have been the main target of this narrative, but nobody is safe nowadays. Every day, men, women, teenagers, and middle-aged people all feel pressure from various sources to achieve an ideal that they simply cannot live up to.

Ninety-seven per cent of women who participated in a survey by Glamour magazine admitted to experiencing at least one thought of body hatred every day. In a survey of 5,000 women conducted by REAL magazine, 91% of participants said that they were unhappy with their bodies. The Centre for Appearance Research in England surveyed 384 British men, and found that 35% of them would give up a year of their lives, in order to reach their ideal weight. Finally, 54% of the women surveyed by Esquire said that they would rather be hit by a truck than be fat.

We compare ourselves to bodies that are not real, which is why the female beauty ideal is arguably one of the most effective marketing schemes in the world. After all, what better way to make money than to make half the population feel ugly, and then sell them the solution to all their problems? In 2013, more than 3 million women worldwide underwent cosmetic breast surgery.

A study shows that seeing the ‘ideal’ female body on television affects our self-image: 95% of women believe they are ‘bigger’ than they actually are after seeing images of women with an ideal body weight. What we see every day is shaping the way we see ourselves. Anne Becker studied one such specific case: before 1995, the province of Nadroga in Fiji had no access to television. Traditional Fijian values showed a preference for strong, robust bodies, and large appetites were encouraged during ritual festivals. In the same year, Miss Fiji said that people considered thin women too frail, and that she was constantly told that she should put on some weight. Before TV came to Fiji, eating disorders were virtually unknown, and weight loss diets were non-existent. Within three years of UK, US and New Zealand TV productions being broadcast in Fiji, 74% of Fijian teenage girls interviewed by Anne Becker believed that they were ‘too big or fat’, and 15% of girls reported practising self-induced vomiting, in order to lose weight.

The imaginary body: when we look in the mirror, we are not comparing ourselves to a realistic standard, but to an image of perfection that has been invented by the media, and created with Photoshop and other editing programmes

Ideals only change for one reason: fashion. We hate our bodies, because they do not fit in with a completely unrealistic and irrational standard

This ideal makes us believe that it is our fault; that the reason we are not beautiful enough, successful enough, happy enough, or loved enough is because we are not working hard enough to achieve it

Dietaland has been created by a desire to maintain control and make money: convincing people that their bodies are not good enough is a profitable business, which stunts women's ambition, because it pushes them to strive single mindedly towards only one goal

Diet and health: from drug abuse, to the myth of healthy eating, which creates new eating disorders

Diets cannot work because they go against human nature: they do not respect our body’s natural needs, because proper nutrition is based on a balanced diet, and allows us to enjoy a healthy relationship with food