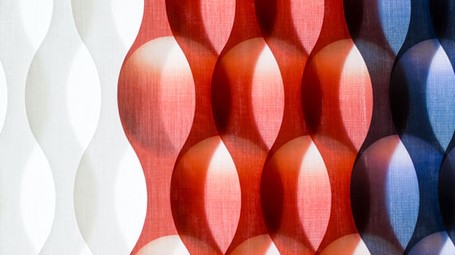 Peter H Diamandis is a best-selling author, and the founder of more than 15 high tech companies. He is the CEO of XPRIZE, and executive president of Singularly University, an institution with headquarters in Silicon Valley, supported by Google 3-D systems and NASA. Diamandis is Co president of Planetary Resources Inc., and cofounder of Human Longevity Inc. He obtained a degree in molecular genetics and aerospace engineering at MIT and a PhD at Harvard Medical School. In 2014 he was nominated one of the “50 best leaders in the world” by Fortune magazine.

The end of linear thinking: how exponential technologies enable new entrepreneurs to go from an idea to a billion-dollar company faster than ever

Around 66 million years ago, an enormous asteroid wiped the dinosaurs from the earth, allowing mammals to dominate the world. Like that asteroid, the extraordinary strength of the current technological revolution is reshaping life on earth, posing a threat to modern day dinosaurs: large companies who resist innovation. In stark contrast to this seriously endangered species, a new race of small mammals is emerging: the new entrepreneurs, those who use rapidly accelerating technology to transform products, services, and industries. These agile and resilient innovators are learning to use exponential technologies, and consequently they are becoming exponential entrepreneurs, paving the way to a new world of abundance.

Today, for the first time in human history, a passionate and committed individual has access to technology and to the minds and capital necessary to deal with any kind of challenge, to have a positive impact on the world and to realise his greatest dreams. The biggest problems in the world are the biggest opportunities for business: the best way to become a millionaire is to solve a problem that millions of people have.

So, what is exponential technology? This term refers to any technology that accelerates growth exponentially, meaning it doubles its power on a regular basis (every six months, annually, and so on). Today we can see many examples of exponential progress in different arenas: networks, sensors, robotics, artificial intelligence, synthetic biology, genomics, digital medicine, and nanotechnology, just to name a few. Underlying this trend is the first law of Gordon Moore, cofounder of Intel, who, in 1965, formulated the principle according to which, in electronics and computer science, “the complexity of a microcircuit, measured, for example, by the number of transistors per chip, doubles every 18 months (and therefore quadruples every three years)”. Digitalisation has increased the power of technology exponentially, because when a medium or a technology is digitalised, (which happened to photography when it moved from physical film to digital images), it grows at an exponential rate.

Until relatively recently, the expansion of a company required enormous investments of time, manpower, and construction of buildings. Today, exponential technology is changing the entire landscape, and revolutionising traditional industrial processes. For the right entrepreneur, there are significant opportunities within this revolution. Airbnb and Uber are excellent examples of what it means to take advantage of this exponential impact, creating million dollar companies in record time. This is possible in part because the structure of exponential organisations is very different from that of traditional companies: instead of using armies of employees or enormous concrete buildings, the startups of the 21st century are smaller organisations, focused on information technology, they dematerialise what used to be physical, and create new products and income flows within months, sometimes even weeks. Exponential technologies are making it easier for people to change the world, and they allow anyone who has a vision and the resources to create something new.

The key ideas of "Bold"

The end of linear thinking: how exponential technologies enable new entrepreneurs to go from an idea to a billion-dollar company faster than ever

The psychological requirements for creating an exponential company: a clear and ambitious objective, a team that works without distraction, have a rapid cycle of iteration and a sense of a common goal

The entrepreneurial approach of some of the biggest innovators in the world: Elon Musk, Richard Branson, Jeff Bezos and Larry Page

Achieving exponential results thanks to the strength of crowdsourcing and crowdfunding