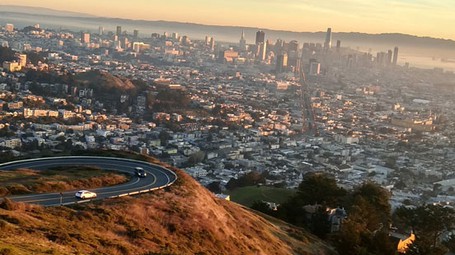 Emily Hsiu-Ching Chang is an American journalist, author, and presenter. She is an honours graduate in Social Studies from Harvard University, and is both a national and international reporter for major broadcasters such as CNN, for which she has won five Emmy Awards. Since 2010, she has been the host of the technology and start-up programme Bloomberg Technology. She wrote Brotopia: Breaking Up the Boys' Club of Silicon Valley, in order to highlight the issue of gender inequality and sexism in the San Francisco tech environment.

Nowadays, it is not uncommon to read newspaper articles reporting the continuous decline, or even absence, of women in the science, technology, and IT industries. This is sometimes justified with the false notion that women are less talented or less interested in scientific subjects; however, the people who use this argument as a way of explaining away the issue have almost certainly never studied the history of computing and science, and the contribution that women have made in these subjects over the last century.

In the past, IT and computer programming were mostly female-dominated occupations. For example, during the Second World War, when all the men were away fighting on the frontlines, women were responsible for developing and maintaining new technologies, in order to aid communications during the conflict. Even after the war, computer science remained a female profession for decades: while men were mainly responsible for building hardware, it was women who created most of the programming languages and commands, in order to communicate with machines.

This situation changed during the 1960s and 1970s, when rising demand for workers in the computer professions, and a consequent increase in salaries and prestige, began to attract men to the industry, and this process gradually led to the current situation.

The key ideas of "Brotopia"

The tech sector is dominated by the PayPal Mafia, a group of men with controversial and sexist beliefs

Although some companies are attempting to reverse the trend, such as Google and Facebook, it is not enough

When women press charges or speak out, they are often penalised and attacked

Gender inequality in Silicon Valley does not only affect women, but everyone with a family

It is possible to improve the situation for everyone, but only if Silicon Valley acknowledges the problem