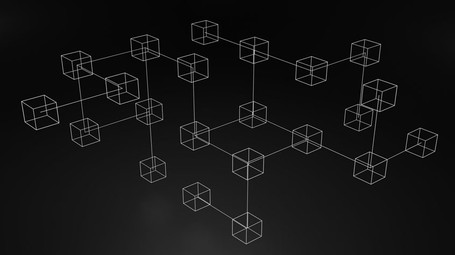 Thomas Piketty is a French economist who is Professor of Economics at the School for Advanced Studies in the Social Sciences, Associate Chair at the Paris School of Economics, and Centennial Professor of Economics in the International Inequalities Institute at the London School of Economics. His studies focus on income inequality, wealth redistribution, social imbalances caused by hyper-capitalist policies, progressive taxation, and new forms of shared social and private ownership. Piketty has also been a regular columnist for Le Monde and the Libération newspapers.

Inequality is always justified by a dominant ideology, by a precise worldview

Inequality is a popular subject of debate in many different settings, and despite an ongoing commitment to eradicate it (made by some, but not by everyone), society is still significantly unequal.

Utopia may well be unattainable, but over the years, there have been many societies in which the gap in well-being, rights and opportunities was not only huge, but was even facilitated. Ideologies are usually used to justify certain dynamics, and these ideologies then become common narratives, and eventually very specific “political” choices.

Thomas Piketty’s work focuses on this very intersection – the relationship between ideology and inequality – and his analysis has led to the conclusion that the main triggering factors for inequality are blind faith in boundaries and private property. Regimes in which inequality reigns always exhibit these common characteristics, even though they are structured in many, many different ways.

The author's studies are based on specific data on incomes, censuses, and the main methods used in socio-economic theories. The starting point is set with trifunctional societies (the oldest non-egalitarian organisations that can provide valid data), moving on to the more modern proprietary societies and the impact of their colonial policies on the rest of the world. Subsequently, the author identifies a turning point whose historical impacts have not yet been fully understood or yet resolved, which began in the period of the early 1900s, during the world wars. Finally, moving on through the golden age of the mid-twentieth century, (an age in which people were generally happy), we reach the present day and its contradictions, a period that foresees dark times but which vociferously requires us to imagine a new future of redemption. Meanwhile, the times in history when we have seen a real, genuine struggle for equality and education have been those in which progress has accelerated, improving conditions and life expectancies.

The developments of countries such as France or the United States throughout history are used in the book as a model of macro-dynamics, due to cultural proximity and the impact of the West over centuries of colonialism. Nonetheless, there are many case studies exemplifying this dynamic all over the world, from India to China, from Russia to Brazil, and equally, identifying whole swathes of populations with no representation in any statutory political organisations.

The key ideas of "Capital and Ideology"

Inequality is always justified by a dominant ideology, by a precise worldview

Colonialism and slave societies are the ultimate form of inequality

From the negative effects of the French Revolution to the burgeoning post-war period of the 1900s: a positive parable for Western nation-states

By the end of the 1900’s, people were resigned to the unfeasibility of overcoming regimes in which inequality reigned supreme

The new millennium and hyper capitalism. The challenges of modern society

Overcoming the concept of public debt and experimenting with new forms of ownership are two possible tools for a more just future.