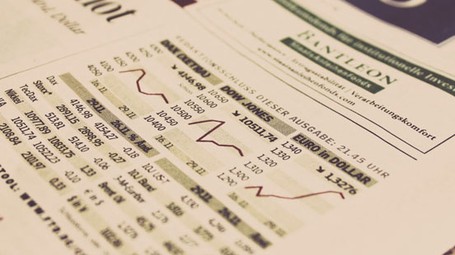 Stian Westlake is head of the research and development team at Nesta, the UK's national innovation foundation, and is a ministerial consultant for the University of Science, Research, and Innovation.

Jonathan Haskel, Professor of Economics at the Imperial College of London, is considered an authority on innovation and productivity. He was previously head of the Department of Economics at the Queen Mary University in London and also taught in the United States and Canada.

For centuries, to determine the value of a property, a company or a farm, we have been counting physical objects, especially durable assets. The nature of value has changed over time from counting animals and fields to counting machinery and buildings, and finally computers. The idea that it is tangible assets that justify an investment has been around  for a long time, and it is only recently that investments in intangible assets have begun to prevail.

This has led to profound changes, as intangible investments are different from tangible ones: firstly, they are very difficult to account for and, secondly, they change the economic structure. This happens mainly because they cause spillovers, i.e. advantages for parties other than those who made the investment. An economy rich in intangible resources behaves differently from one based mainly on tangible resources because it generates synergies, widespread innovation, and well-being.

When they talk about changes in the nature of investments, the authors do not mean that today we invest in robots or microchips, but that investment in ideas, aesthetics, brands, and relationships has increased exponentially. One of the clearest examples comes from a fairly physical world, that of gyms. Les Mills, an Olympic champion in weightlifting, opened a successful gym in Auckland, but it was his son who turned it into a million-dollar business by inventing "BodyPump": a weight-training program based on choreographies that are constantly being updated. "BodyPump" has quickly become a valuable product: to offer the program you need to be certified as a trainer, and your gym must buy it as if it were just another machine. Today, it exists in more than ten thousand gyms in about fifty different countries.

The key ideas of " Capitalism Without Capital"

The growth of intangible investments

How intangible investments are measured

The Four S's of Intangibles

The other side of the coin: the consequences of intangible investments

Banking: lending in the world of intangibles

Use and limitations of venture capital