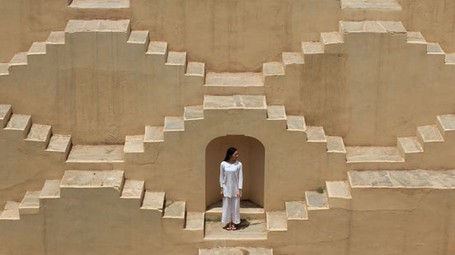 Isabel Wilkerson is an American journalist for the New York Times. In 1994, she became the first African American woman to win the Pulitzer Prize for journalism. Later she was awarded the National Humanities Medal by Barack Obama in 2015. Wilkerson has taught journalism lo and narrative non-fiction at Harvard, Princeton, Emory, Northwestern and at Boston University. Her first book, The Warmth of Other Suns, which told the tale of the Great Migration of Afro Americans from the rural south to the urban north during the twentieth century, quickly became a bestseller. Demand for her presence as a public speaker has also increased since she released Caste in 2020.

A caste is a system of social order invented by man to classify groups of people. This order is based on the presumed supremacy of one group and the presumed inferiority of another, based on birth, individual traits and religious preferences or financial status.

The characteristics used to define groups of people are highly subjective. They become important when one group of people uses them to isolate certain other groups and to assign certain behavioural parameters to each of them.

Once a caste system is in place, the evidence supporting the apparent inferiority and superiority of some groups become increasingly entrenched, to the point at which they become the inherent beliefs of an entire culture. According to the author, when society accepts these beliefs, the laws and principles that guide them are no longer questioned. The dominant group becomes free to treat the lower groups as it sees fit, in order to preserve their subdivision. This treatment is often cruel, as it demeans and belittles the spirit of the lower castes.

The current American caste system is based on people’s differences in appearance, in particular, the colour of their skin. This arbitrary way of differentiating one group from another is what developed the concept of race. Without it, race would not have the importance it has today in the minds of so many people around the world.

Skin colour becomes a trigger for many stereotypes and deep-rooted assumptions on how different groups of people fit into society. As these beliefs intensify, so do the expectations about what a particular group is capable of, where they should live, what they can achieve, and what freedoms they should be allowed. These notions are passed on from generation to generation without ever being questioned, increasing social inequality and injustice for all future generations.

The word "race" and its derivatives "racism" and "racist" are so deeply rooted in our culture that we risk not understanding the true nature of those words. People who see a person’s race as biological, confuse the socially constructed concept of "race" with the real concept of geographical origin.

Race is often used as an excuse to separate people and justify different living standards: in the eyes of a dominant caste, perpetuating the idea that people of a certain race are "different" or "inferior" justifies treating them differently.

Caste and Race are two different concepts: race relates to physical differences and the set of meanings assigned to them; caste is the way such judgments are put in place to maintain division between groups. Race and caste are not synonymous, but they support each other within American culture. Race is the physical proof of difference, and the set of meanings assigned to that proof. Caste is how we organise this evidence to keep the groups separate from one another and assign the appropriate lifestyle to each. The definition of racism has changed over time; therefore, it is more accurate to refer to someone who discriminates against people of another race as a member of a caste, not as a racist.

Originally, "racism" meant a group that uses its social power to oppress another group based on race. Today, being a racist means hating people who are different from you and allowing or forgiving oppression.

In America there can only be true equality and justice when we stop looking for the red flags of racism, and focus on the attitudes and microaggressions that continue to prevent the lowest caste from rising to their place among their peers. Everyone unconsciously participates in the American caste system, even by quietly accepting things as the way they are. Everyone needs to stop thinking of the country's racial hierarchy as normal.

The key ideas of "Caste"

There are three main examples of caste systems in history: the Southern United States, India, and Germany

To slave owners and traders, slaves were not people but property

When any society puts a caste system in place, the dominant caste has to work hard to maintain that system and guarantee that nobody questions their right to rule

The influence of the caste system on both individuals and on modern society, where racism has become explicit, turning white people’s discomfort into anger towards minority groups