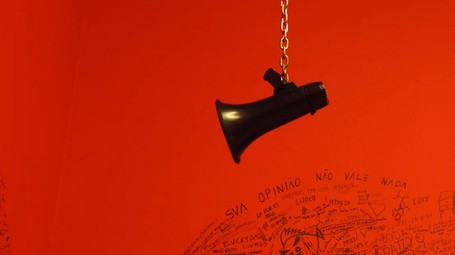 Ethan Kross, is a psychologist, and a lecturer at the Ross School of Business and the University of Michigan, where he directs the Emotion & Self Control Laboratory. One of the world's leading experts on conscious mind control, he is the author of pioneering research on self-control and the inner voice. Chatter is his first book: in addition to having received several awards, it was also selected as one of the best books of the year by the Washington Post.

A psychological experiment to transcribe the inner voice

In 2011, the English anthropologist Andrew Irving "recorded", so to speak, the inner voices of a hundred New Yorkers he randomly stopped on the street. His goal was to answer the question: what are those people thinking? More than a recording, in reality it was a conscious transcription of the interviewees' inner monologues. Despite the issues of objectivity that his method presented (or lack thereof), the scientist was nevertheless able to observe several very interesting points, starting with the rich variety of the subject matter covered by the interviewees’ inner voices. In fact, there was everything in the monologues: from worrying about the tasks to be performed during the day, to mulling over either recent or distant unpleasant events, and attempts to deal with relationship issues or bad news.

In short, the subjects’ inner voices covered the full spectrum of functions: from contingent utility, to a kind of self-coaching (very clear in the case of an interviewee who kept telling himself that "it's time to move on"), as well as pain management. The voices, however, could instantly transform into veritable eddies: spirals that imprisoned the person in a vicious circle.

Finally, the scientist also recognised the inner voices’ ability to jump smoothly, without missing a beat, from one temporal plane to another: past, present, and future were traversed effortlessly, over and over again. Memories, projections, remorse, fears and desires, constructive proposals, and insuperable obstacles: everything was mixed in a continuous monologue, perfectly centred on the person who was "thinking" it.

Irving put the inner voice present in the minds of human beings, on paper: a world that is perfectly known by each of us ... yet over which we often have no control.

The key ideas of "Chatter"

A psychological experiment to transcribe the inner voice

The inner voice is our brain’s default state

Evolution has given us an inner voice to rework past experiences

In the rare cases where our self-talk is silenced, we feel disconnected

When your inner voice becomes fixated on a single thought, it becomes chatter

Our inner voice can come back to haunt us

The inner voice is not ours alone

We become wiser when we distance ourselves from our inner ruminations

Three tools to stop the chatter: distanced self-talk, "universal you", and changing the meaning

Nature is a natural battery, capable of reducing stress and thus chatter

Using placebos, lucky charms, and rituals can help to stem the chatter