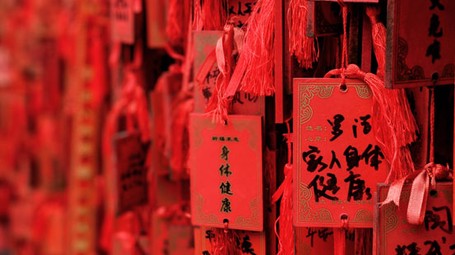 Arthur R. Kroeber is a leading expert on China. Based in China since 2002, he is a member of the US-China Relations Commission, and director of GaveKal Dragonomics, an independent research and analysis company. His research focuses on China’s economic role in relation to the rest of the world. For 15 years, he worked as a financial journalist and economic analyst in China, Taiwan, and India. He has collaborated with multiple publications, such as The Economist, The Far Eastern Economic Review, Fortune and Wired,as well as The Financial Timesand Washington Post.

China is a complicated country to talk about. Equally, understanding how it got where it is today is somewhat complex, because there are so many different aspects that come into play - historical, economic, geopolitical, with each aspect bearing its own particular characteristics, all contributing to China's global success.

China is a “bureaucratic-authoritarian” political system, meaning that it is not a democracy like the United States, nor is it a dictatorship, like those present in some African countries, nor militarised like Brazil and other South American countries, Cuba, and North Korea.

China is a one-party state, which is currently rewriting its history, from the imperial dynasties to Mao and the economic reforms that were introduced, which saw the country open up to the rest of the world.

China holds the world record for fastest growth. Between 1979 and 2011, its economy grew by 10% per year; the average wage per capita is now about 30 times higher than it was in 1979. The China of 1979 was poor, while today it is considered a medium-level wealthy country with a standard of living equal to that found in Brazil, Mexico, Russia, and many other Eastern European countries.

While in 1979, the average Chinese person had a disposable income of roughly $1.90 per day, today forecasts say that by 2030, China will not only have surpassed the United States in terms of economic size, but it will also be the largest economy in the world.

Arthur Kroeber is a journalist who has been involved in analysing the Chinese phenomenon for years, and, in his book, he presents five factors that have contributed to China's unexpected success.

The first factor to consider is the way development models have been applied by Asian countries. By 1979, Japan had already conquered the slice of the market interested in quality technological products, establishing itself as a leader in electronics, cameras, and cars. Taiwan, North Korea, Hong Kong, and Singapore soon followed suit. China, which benefited from its geographical proximity, looked to these countries for inspiration, and started developing its own model, opening up its borders to the rest of the world in 1979. The application of this model involved large investments by the government in infrastructure and in the export of manufactured goods.

The second aspect that has influenced China's success is the way it has transitioned to a post-communist economy. The economist, Alexander Gerschenkron, developed a theory that a poor country could grow quickly, and for a long time, by decentralising, meaning that the technology used in rich countries could be exploited, as long as it was in a context that provided lower labour costs. China, immersed in the communist system, had an economy structured according to socialist principles, with the government owning everything and controlling prices. It could therefore benefit from low-income workers, willing to work on farms for little money. When this political approach began to change, China started to boom.

The third fundamental aspect involves China’s political structure, a one-of-a-kind, both centralised, and decentralised, political structure. In theory, the government is controlled by the Chinese Communist Party, which decides all policies, controls taxes, revenues, and guides the economy. However, in practice, local governments have been autonomously deciding what to do, ignoring central government policies.

The fourth determining aspect was favourable demographics. A country usually grows faster if the population is relatively young, primarily composed of people of working age, between 15 and 64 years old. In the key development period of between 1975 and 2010, this working-age category constituted a significant part of the population.

One last advantage was being in the right place, at the right time. Both geographical and historical circumstances affect a country's ability to grow. China was already in a particularly dynamic area in the late 1970s, with many neighbouring countries excited about investing in China at lower costs.

China opened up at exactly the right time, when globalisation was just taking off, advanced technologies had already been developed, and new logistics solutions were available, including cheaper shipping by container. At first, the containers carried the goods to a second country for assembly, and then on to a third for sale. It must be said too, that at the time, China also benefited from good relations with the United States. Although they followed different political lines, they had a common purpose, which was that of beating the Soviet Union, as reaffirmed by President Nixon on a visit to Beijing in 1972.

The key ideas of "China's Economy"

A journey through time: from Mao to Xi Jinping, the undisputed leader of modern China

What China’s rise means for the rest of the world