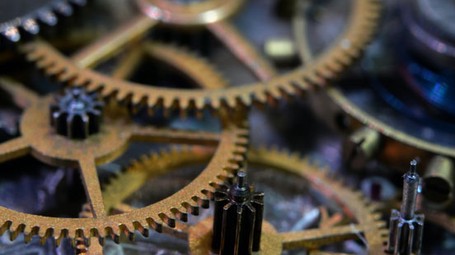 As well as being a bestselling author in the business world, Mike Michalowicz shares his business acumen through an established activity as a columnist. He writes for publications such as the Wall Street Journal and Entrepreneur Magazine, and has participated in television shows for NBC, MSNBC, Fox News and ABC News Now. In addition to his entrepreneurship, his activity as a trainer is dedicated to behavioural marketing techniques.

The productivity trap: why businesses become blocked, and there is never enough time

Time management is a factor that can determine the medium and long-term success or failure of a business. Many entrepreneurs are imprisoned by workdays that never seem to end, they can’t disconnect (even when they are on holiday), and they have the feeling, day-in, day-out, that they never have enough time to get everything done. Moreover, despite all their efforts, their business is stuck and unable to grow, or worse, is actually losing money.

Working hard quickly becomes a habit from which it is impossible to free yourself: answering phone calls, emails, and micromanaging every aspect of your business feeds the illusion that this is the only way to find more customers and to be more productive. Making the most of your resources, including yourself, therefore becomes a way of life.

Productivity, however, is a myth, as well as a trap, in which psychological factors also come into play. Anyone who finds themselves in a vicious cycle in which the only goal is survival, can liken their existence to that of a hamster, running on their spinning-wheel. To better understand this concept, you just have to think of all the entrepreneurs who continue to deal with only the most urgent action items, because by doing so, they get an immediate sense of satisfaction from having solved a problem. It is a trap, because this approach gives us the impression that we are being proactive, while actually, it is simply a case of reacting to external situations.

What we should, in fact, be aiming for, is efficient organisation: it is not a question of working harder, but working more intelligently, in an environment where all of the different parts are working in unison, and each person has a role that puts their talent to the best use. Making a business run like clockwork means finding a way to make each process as efficient as possible, (rather than simply focusing on overall productivity), while at the same time learning to delegate certain tasks. This is the only way that you will be able to increase your awareness, and dedicate yourself to all of the things that are usually sacrificed in favour of hard work, such as loved ones or family, as well as time for yourself.

The key ideas of "Clockwork"

The productivity trap: why businesses become blocked, and there is never enough time

Analyse how time is spent in the company

How to assign the Queen Bee Role

Finding a balance within the team

Know your audience, and make the best decisions to win them over

The final lesson: keep track of activity, at a distance

Persevere and don’t look back: the difficult task that falls to the entrepreneur