Home Management and Leadership Confessions of an Advertising Man

Learn the key ideas of the book by David Ogilvy

Confessions of an Advertising Man

Confessions of an Advertising Man, written by David Ogilvy in the summer of 1962 enjoyed immediate success and over time, it became an international bestseller, translated in 14 languages. The reason for its huge success is the content that is still relevant today: the book is still considered an essential guide in the advertising world and for anyone who works in business communication. 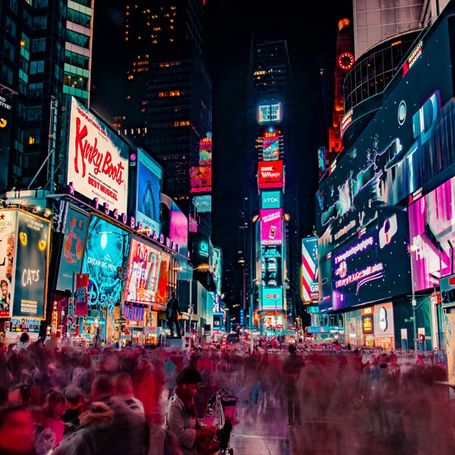 David Ogilvy is the proud Scotsman who founded the Ogilvy & Mather agency in New York in 1948. He is responsible for the concept of brand image, which links the demand for a certain product, to the perception of a specific brand. As well as having managed the agency very successfully, Ogilvy has written two books, Confessions of an Advertising Man and Ogilvy on Advertising, a real manual dedicated to advertisers.

Managing an ad agency is like running a kitchen. Ogilvy was inspired by the famous chef Pitard for every important facet of his management

From 1931 until 1948, Ogilvy travelled the world, practicing some of the toughest professions. He was a chef at the Hotel Majestic in Paris, a door to door salesman in England, a social worker in the slums of Edinburgh and an assistant to George Gallup in America, where he had also been a farmer.

That year, in New York, he made the move that would eventually lead him to glory: he founded the advertising agency Ogilvy, Benson & Mather, which was destined to become one of the most illustrious names in the industry, worldwide.

The agency took its foundations from his experience at the Hotel Majestic in Paris, where Ogilvy belonged to a team of 37 chefs, a working group with a team spirit that could make even the Marines envious. The head chef, Monsieur Pitard, exercised the kind of leadership capable of keeping up the spirits of the men and women working a 63 hour week. That was the same type of leadership that Ogilvy applied to his agency, and was, in his words, the first ingredient of his success.

Cooking, just like creating advertising copy, puts you under immense pressure, which  you must learn to manage in the most profitable way. Pitard spent most of his time in his office, writing menus and checking accounts, but once a week he would go into the kitchen and show off his skills at the stove. In the same way, Ogilvy wrote several ads himself, to show his copywriters that he had not lost his creative touch.

Pitard was his example in everything: the chef rarely handed out praise, but when he did, the recipient really felt it, and Ogilvy would do the same with his team, when deserved, leaving them feeling like they were ‘on cloud nine’. Pitard could not stand incompetence because he knew how mortified people felt if they had to work with someone incompetent. In fact, Ogilvy did not grant second chances to anyone who proved themselves incapable. Pitard did not tolerate a dish on the menu not being available, to the point where he used to send members of staff to other restaurants to pick up the necessary ingredients to satisfy a customer’s request. So at Ogilvy, Benson & Mather, telling a customer that you were not ready to deliver on the agreed day was strictly forbidden. Never let a customer down and always respect your commitment to them, whatever the cost. Pitard had the kitchen thoroughly cleaned twice a day. Ogilvy was very strict about clutter in the office because he felt that an untidy workplace created a sloppy atmosphere and in turn, jeopardized the proper handling of confidential papers.

The key ideas of "Confessions of an Advertising Man"

Managing an ad agency is like running a kitchen. Ogilvy was inspired by the famous chef Pitard for every important facet of his management

What is the first bet you have to win? Standing out in a crowd and knowing how to choose customers

Create links to hold on to clients: use the products that you promote and earn trust as an agency

The choice of images and texts: Ogilvy’s suggestions for art directors and copywriters