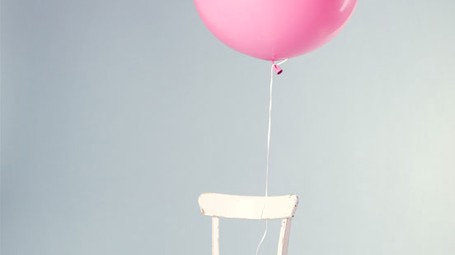 Tom Kelley is one of the biggest names in the field of design thinking and innovation. He decided to write a book on creativity because in over thirty years of his career, he realised how much fun and satisfaction one can have by innovating. So, he decided to share what he has learned with anyone looking for ways to develop their creative side and make sure they can find ways to use it in everyday life.

David Kelley was born and raised in Ohio with his brother Tom, and has become very well-known in the field of design thinking and innovation. He decided to write a book on creativity when he became aware of the fun that could be had while innovating, finding immense satisfaction in one’s work. In a career spanning over thirty years, he has accumulated a vast amount of knowledge and experience that he has chosen to share with anyone who is looking to develop their creative side.

Everyone is creative: it is time to dispel the “creativity myth”

How many times do we hear people refer to the so-called “creativity myth”?

The authors believe that this is a myth that far too many people buy into, and their book is about the opposite of that myth. It is about what they call “creative confidence”, and at its foundation is the belief that we are all creative.  The truth is that most people never really let their creative side "go free" by clipping the wings of their potential.

So-called "creative confidence" is the equivalent of believing in your ability to actually change the world around you in some way. It is the belief that you can achieve the goals you have set for yourself, and it is a skill that can be trained, just like any other muscle in your body.

Creativity manifests itself whenever there is an opportunity to generate new ideas, solutions, and approaches: in the business world, creativity expresses itself as innovation.

Recent IBM research has shown that, for more than 1,500 CEOs, creativity is the most important skill when it comes to tackling today's complex market.

What is most surprising is how quickly, thanks to a small dose of encouragement and training, people are capable of putting their creative curiosity, imagination, and courage on the line.

Everyone is capable of being creative, it is not a small, privileged niche who have the power of imagination in their hands, but only a few people really put their creativity to use.

What we need to do is help people to rediscover their creativity, it is not a question of having to build it from scratch: we are all equipped with it, we just need to learn to train it properly. In fact, it is a feature that we all have, yet in many people it literally gets stuck, but it can and should be unlocked. Creative confidence is nothing more than a way of living and moving in the world that helps generate new approaches and new solutions.

Whatever your profession, when you approach your work with creativity, you will find better solutions and new ideas, and therefore achieve greater success.

Stanford psychologist and lecturer Albert Bandura demonstrated how one's belief systems influence one's behaviours, goals, and perceptions. He came up with a concept called self-efficacy, which he defined as people’s beliefs in their capabilities to exercise control over their own functioning and over events that affect their lives.

The key ideas of "Creative Confidence"

Everyone is creative: it is time to dispel the “creativity myth”

Inspiration, synthesis, ideation, and implementation are the basis of any new idea

For your creativity to flourish, you need to believe in your ability to continue to learn and grow

We should all learn from the typical optimism in video games: the objectives are never impossible to reach

Step by step, with a healthy dose of courage, we can overcome any obstacle, and achieve our goals

We don’t need to feel 100% sure to start something: the important thing is not to get stuck

Believing in your own creative ability will help you become part of the change you wish to see in the workplace, your home and in the world

It is not a one-man show. We need other people to help develop our creative spirit and find the right solutions and the best ideas

With commitment, training and learning, you can rebuild your life and career through the lens of creative confidence