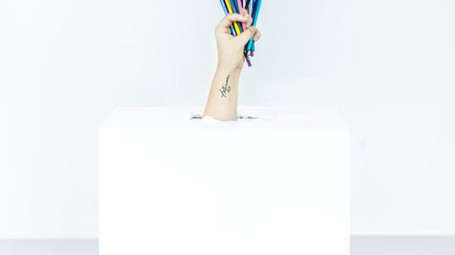 Mihaly Csikszentmihalyi (1934) is a professor of management at the Drucker School of Management at Claremont Graduate University, and manages their Centre of Research on Quality of Life. Born in Fiume, Croatia, he immigrated to America when he was 22 and he studied psychology at the University of Chicago where, upon graduating, he began to teach and later, became the president of their Psychology Department. He has been studying Flow for over 35 years and Martin Seligman, ex-president of the American Psychological Association, called him the greatest researcher of positive psychology in the world. Csikszentmihalyi also wrote Beyond Boredom and Anxiety, The Evolving Self, and Creativity.

Creativity must be understood as a process, and is not the same as the ability to come up with original ideas

Creativity is somewhat difficult to define because it is an abstract quality that cannot be measured. Usually, when we talk about a creative person, we associate their creativity with who they are: a person who comes up with brilliant and creative ideas. Meanwhile, this is only a small part of what author Mihaly Csikszentmihalyi calls creativity.

In this book, the author begins by trying to answer a key question: what is creativity? He then moves on to examine the ways in which creative people live and work. At the end of his explanation, he outlines a series of tips on how to become more creative in everyday life.

According to research carried out by this prolific professor, creative people have the extraordinary power to change their surrounding environment, since they have a dynamic impact on it. He therefore presents creativity as a necessary trait for living life to the full, and states that one cannot live without it. He also adds that in those rare moments when we get lost in creativity, we catch a glimpse of eternity, and therefore feel more alive. It is his belief that the most interesting, important, and inspiring things in this world come from human creativity.

It is commonly believed that creative people are successful, that they are the so-called geniuses who somehow reveal their magical gifts to the rest of the world. The reality is that this perception leaves out something very important. Creativity is expressed through three different characteristics: originality, which defines people with original thoughts who appear interesting and stimulating to others and whose presence will light up a room. Then there is the critical gaze, with which these special people interpret the world. Creatives can see beyond what is actually there and see things that others cannot. Such people are to be considered as assets as they have the ability to stimulate those around them with their personal form of creativity. The third characteristic is common to creatives that do not fit into one single category. They are the exceptional artists whose talent is never questioned, whose work is often shared with the world. Some examples of such creatives are Thomas Edison, Leonardo da Vinci, Pablo Picasso, or Albert Einstein. Their contribution to the world is so big that they have played a role in changing its culture. From an interpersonal point of view, creative people are not easy to interact with because their intrusive creativity usually distracts them from mundane ideas and concepts.

The term creativity is often accompanied by two other terms which are talent and genius. These two concepts have different meanings; talent implies an innate ability to do something. Just think of the athlete Michael Jordan, or Mozart, the musician and composer, whose musical abilities were evident at a very young age. In fact, we can say that creativity and talent do not always come together: you can be creative without having a particular talent, even though many creatives are also talented.

Another term which is often used incorrectly is the term genius. We usually tend to think of a genius as someone who is both creative and brilliant. This is not always true, there are plenty of geniuses who prefer to isolate themselves and are not brilliant in any way.

The key ideas of "Creativity"

Creativity must be understood as a process, and is not the same as the ability to come up with original ideas

Creativity comes from the interaction of a system composed of three elements: domain, field, and person

The seed of creativity lies within each of us, and we should learn to nurture it