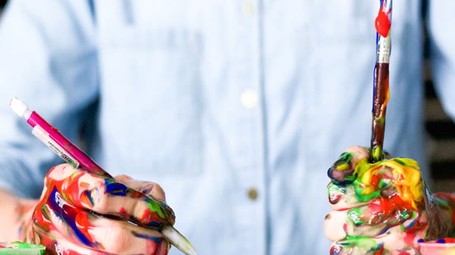 Ed Catmull was the founder of Pixar Animation Studios and president of Pixar and Walt Disney Animation. During the course of his career, he has won five Oscars, including the prestigious Gordon E. Sawyer award, which honours “an individual in the motion picture industry whose technological contributions have brought credit to the industry”.  A graduate in physics and computer science from the University of Utah, he currently lives in San Francisco.

From a love of Disney cartoons to the creation of Pixar

As a child, Ed Catmull had two idols: Walt Disney and Albert Einstein. For Ed, these two figures represent two ends of the creativity spectrum: Disney invented something new, creating something that previously didn’t exist, from both a technological and artistic perspective. Einstein instead was the master of explaining what already existed. With these two masters in his heart, Catmull graduated in physics and computer science and realised that he had a big dream: he wanted to make the first completely computerised animated film (at a time when computer graphics was in its infancy).

He was invited to the New York Institute of Technology to manage a brand new Computer Graphics lab, where he learned three important lessons:

In 1979, Catmull was hired by George Lucas as the manager of the computer science division of Lucasfilm: this was the first time he stepped out of the research environment and he found himself having to deal with the corporate world and the dynamics of profit. In 1986, Steve Jobs bought the digital graphics department from Lucas and created Pixar. In his role as president, Catmull brought with him the lessons that he had learned studying the Japanese method of production, which was that all employees, regardless of their role, are responsible for the quality and the continuous improvement of the product. Everyone is encouraged to identify problems and to suggest solutions and improvements. The first important lesson that he taught was that everyone was responsible for the quality of the final product.

The key ideas of "Creativity, Inc."

From a love of Disney cartoons to the creation of Pixar

The great success of Toy Story and the need to set a high level, challenging goal

How the Pixar identity was created

Ways to protect and nurture a climate of corporate creativity

The best way to predict the future is to create it

Testing your mind model in a different context

Notes Day as a way to find solutions together