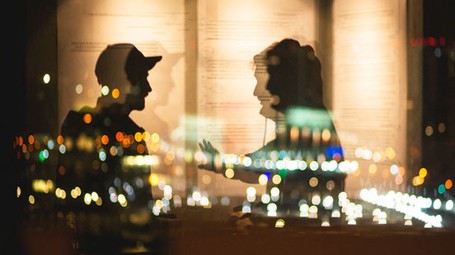 Kerry Patterson is an expert in effective communication who works mostly with large companies. During her career, she has helped hundreds of companies develop a more collaborative and efficient working environment.

Over the last 30 years, Joseph Grenny has carried out research in the field of social science with the aim of helping leaders and organisations optimise their performance. In particular, he has focussed on human behaviour. His work as an author and lecturer is available in 36 countries.

Ron McMiller is co-author of four New York Times Best Sellers, all dedicated to the development of communication.

Al Switzler’s interventions focus on strengthening leadership and teamwork by improving communication and the organisation of tasks. Co-author of 3 New York Time Bestsellers, he has taught courses at several American Universities.

Sooner or later, everyone finds themselves involved in a crucial conversation that could change their life. Trying to avoid them can make situations worse and can often mean missing out on great opportunities

When we hear the term “crucial conversation”, we often think about government meetings about the future of a country. Of course ,those conversations do have a broad impact, but there is also another type of crucial conversation that we will all have to deal with, sooner or later. These types of discussion have three particular traits: the opinions of the people involved are opposing, the stakes are high – think about a conversation with your boss, in which you have to persuade him or her that you are ready for a promotion – and they trigger strong emotions, which challenge the clarity of our thinking. But above all, these conversations are defined as crucial because they can have a serious impact on the lives of those involved in them.

And this is why, despite their importance, people tend to avoid this type of exchange, because they are afraid that they may handle it badly and that they might only end up making things worse. In an office setting, we tend to send each other emails rather than go to a colleague’s desk to talk to them face to face, and families change the subject when the conversation at dinner takes a dangerous turn.

In reality, there is nothing biologically wrong with this behaviour: when emotions come into play, human beings tend to react with their “fight or flight” instinct, and in the vast majority of cases, they choose flight. This happens because the adrenal glands begin pumping adrenaline into the bloodstream, while the brain sends blood to the larger muscles in the arms and legs. As a result, we end up dealing with serious conversations with the intellectual readiness of a monkey.

But beware: twenty years of research, involving 100,000 people, has shown that the key characteristic in a great leader, team-mate, parent or even a friend, is the ability to stay calm when dealing with emotionally and politically risky problems.

The key ideas of "Crucial Conversations"

Sooner or later, everyone finds themselves involved in a crucial conversation that could change their life. Trying to avoid them can make situations worse and can often mean missing out on great opportunities

To get the best out of a conversation, you need to know how to converse, which is to make sure that everyone has the chance to express their point of view and that nothing is left unsaid

To have a fruitful conversation and ensure its success, you must remember your intention and be consistent

Everyone involved in a conversation is responsible for its progress

How to stay open to dialogue when you are angry, shocked or hurt