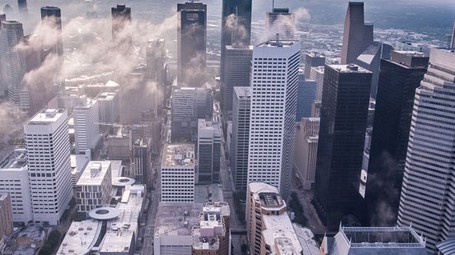 Bill McKibben is an American activist, writer and environmentalist. As the founder of the organisation 350.org, he was one of the first people to bring the risks of climate change and global warming to the fore. In 2009, he led an environmental protest that saw over 5,200 people demonstrate peacefully in over 181 countries around the world, and this was the first of many. The many demonstrations he has organised, and the work he has done with 350.org, plus the books he has published, including several bestsellers (The End of Nature, Earth; Making a Life on a Tough New Planet and Falter: Has the Human Game Begun to Play Itself Out?) – earned him the Gandhi Peace Award and the Right Livelihood Award.

The two myths that our society is based on, efficiency and growth, have shown their weakness over time

After the second World War, the western race for efficiency and growth surged. The market principles devised by economist Adam Smith, were aimed at free competition and the achievement of maximum production, ultimately became a sort of dogma, which was to all intents, beyond question. The need to do more, to have more, and the idea of ‘bigger, better, stronger, faster’ was welcomed by everyone without exception; in the United States, for example, both the Democratic and Republican parties welcomed an ideology aimed at personal enrichment and constant economic development. The few criticisms made about this view were easily dismissed: growth was the answer to everything, and what came from it – material goods such as larger homes or greater quantities of food – was seen as the only source of fulfilment.

At some point, though, even in the best stories, the magic eventually fizzles out; the consequences, as we now know, have turned out to be quite worrying. In fact, three main problems related to this world view have now emerged: the first is of a political nature. Economic growth, in fact, tends not only to create prosperity, but also to generate inequality and social insecurity. The wealth that is produced, in essence, always ends up in the same pockets. The second problem concerns the environment. We are running out of natural resources; consumption has become unsustainable, and global warming is perhaps the most difficult challenge the world has ever faced. The third problem is the simplest one, but perhaps this also is the reason why it is the most widespread: growth is no longer able to make us happy. These three issues lead us to think that there will be nothing good for us on the horizon if we simply keep on asking "how can we produce more?".

The key ideas of "Deep Economy"

The two myths that our society is based on, efficiency and growth, have shown their weakness over time

This is an era in which individualism reigns, but what is really good for our health is a sense of community

To reverse these economic and well-being trends, we need to shift from distant to local consumption. Starting with food

The wealth of a single individual should not benefit only him, but his whole community

Gross domestic product often does not reflect a country’s real condition, especially when it comes to developing countries

Developing countries can find their own way, being careful to avoid the western model

To hope for a rosier future, we cannot keep going over old ground. We need to learn to think outside the box