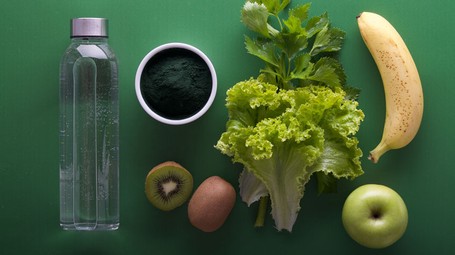 Catherine Shanahan, M.D. is an American doctor, biochemist and author. After studying biochemistry and genetics at Cornell University, she trained at Robert Wood Johnson Medical School. At the end of her studies, she moved to Hawaii where, driven by her fascination for the link between nutrition and health, she combined running her medical practice with a decade of study into ethnology and local culinary traditions. Her books Fatburn Fix, which was a New York Times Best Seller, and Deep Nutrition: Why Your Genes Need Traditional Food were a product of these studies.

Traditional food can make a big difference to our health, even on a genetic level

Although many of us think that the average life expectancy has increased, and that therefore the human species is generally healthier than in the past, the reality is quite different: our health has greatly deteriorated in recent decades, and we are starting to suffer the consequences. If we think about it, the average ages that are being calculated now are not based on our lives, but on the lives of our grandparents, and while we share many aspects of their DNA, there is something that greatly differs between us and them: nutrition.

Today's paradox, in fact, is that we have fallen into the trap of believing we eat a healthier diet than they did because we count our calories, pay attention to cholesterol and fats, and have a greater variety of foods available to us in supermarkets than they did, but in fact, the opposite is true. Culinary tradition, which is a product of knowledge built up over hundreds of years, and transmitted from generation to generation, is no longer practised. Traditional dishes and cooking techniques were the result of experimentation over generations, which became popular knowledge, and which were used to support people, cure their ills, and keep them strong and healthy for as long as possible.

One example that supports this theory is research carried out on the last indigenous peoples in the world: to the great surprise of modern-day calorie counters, the members of these tribes are healthy, have strong bodies, show no signs of fatigue on their faces, and have straight teeth; even the elderly members of the tribes seem much younger than they are. The reason for their very apparent good health is to be found in the foods these people consume, and how they are prepared. Another example that demonstrates how culinary traditions can make a difference to a person’s health can be seen in the relationship between longevity and local cuisines: even though French cuisine generally has a high fat content, the population that consumes it has one of the highest life expectancies in the world. This is because the preparation styles and recipes used to make these foods palatable and consumable would appear to have more impact on health than the actual nutritional composition of the foods themselves.

What makes our food so different from traditional cuisine is its chemical content: since the 1950s, all around the world, but particularly in the United States, medicine and manufacturing have joined forces to convince the general public to change their traditional eating habits: they started with the demonisation of saturated fats and cholesterol, and then defined healthy foods as tasteless and unattractive. Then they began to sell substitutes based on vegetable oils and rich in sugars and extra flavours as healthy alternatives to products that have always been part of the traditional human diet; butter was demonised more than most. Subsequently, big companies gave home cooking the chop when they began to promote and distribute ready meals and fast food. All this has had a huge impact on our eating habits over the last fifty to seventy years, and has irrevocably compromised the health of entire generations throughout the Western world.

Going back to French cuisine and the culinary habits of indigenous tribes, as well as embracing all the other traditional international cuisines, although they may seem to be worlds apart from one another, the reality is that they all have some staple dishes in common. The author calls them the Four Pillars of the Human Diet and they are: meat cooked on the bone, organs and offal, fresh and raw vegetable and animal products, and fermented and sprouted food. In her opinion, these are the dishes and preparation styles that all traditional cuisines have in common, and that must be reintegrated into our eating habits if we want to take advantage of the physical and mental health benefits that food can offer us.

The cooking and eating of these foods are the culmination of the research and discovery of thousands of years of human history and experience, and offer those who consume them the secret to a long and healthy life, thanks to the action they have on human genes. In fact, the author explains how, although official science is based on the notion that DNA is a static element, and that consequently there is nothing we can do to combat the diseases and disorders that afflict us, our genetic makeup can in fact be adjusted via the food we ingest. Our DNA can be divided into two categories: our encoded DNA, that is our genetic code, which cannot be altered, and then, by far the largest category (about 98% of our entire DNA), which is not encoded. This part of human DNA has not yet been fully studied, but we are beginning to understand how it is adaptable. It changes according to the substances we ingest, and reacts positively or negatively when it receives or does not receive the appropriate natural nutrients. This means that we can actually affect our genes, and any mutations that lead to diseases in our body, by feeding them the right foods, and thus give ourselves the gift of good health, fitness and a look of overall well being all the way through to later life.

The key ideas of "Deep Nutrition"

Traditional food can make a big difference to our health, even on a genetic level

What we eat influences our looks as well as our health

Another ingredient we should try to avoid is sugar, which nowadays is found in almost everything

To get the best from our food and go back to traditional cooking methods, we need to embrace the Four Pillars of the Human Diet