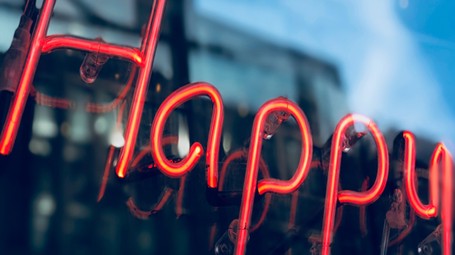 Tony Hsieh is an entrepreneurial humanist. After the success of Link Exchange, a link exchange company for websites which he sold to Microsoft in 1999, he founded the investment company Venture Frogs, with which he created Zappos, the Amazon of shoes. In 2000 he became CEO, and within a few years Zappos reached incredible levels of success, so much so, that it was sold to Amazon in 2009. His model of happiness inside and outside the company is what sets him apart. Corporate culture, as well as customer care, which cares for both employees’ and customers’ feelings, are key assets of his entrepreneurial vision.

The small business approach: from earthworm farming to pizzerias

There are certain attitudes that are visible even at an early age, and Tony Hsieh was a kid with a passion for business. When he was very young he had already decided that he wanted to get rich, and this intention was very clear in his mind. Driven by his desire to see something grow, on his tenth birthday, he bought himself a box of earthworms. He had read that a worm would grow back if you cut it in two, and this gave him an idea to cut them in half and resell them. His parents indulged him and bought a box of worms for $33. Eventually, Tony took the easy way out by putting his box of worms in the garden, and fed them with egg yolks every day.

But after a month on a diet of egg yolks, the worms had disappeared: Tony found the box empty, either because the worms had escaped into the garden, or because they had been eaten by birds who were attracted by the eggs.

He changed businesses when the idea came to him of selling Christmas cards door to door, but this idea didn’t work either, and he realised that a seasonal business was no good for year-round profits, so he knew he had to change his strategy.

So he started selling via post. He had seen an advert in a kids’ magazine for a machine that could print photos on badges. He made some calculations: the machine cost $50 and he had to calculate another fifty for parts and accessories. It might have seemed too much as an initial investment, and he would have to sell 100 badges for a dollar each, but once he had made his money back, he would earn 75 cents for every badge he sold.

Thinking about a preadolescent child trying these experiments out makes you smile, but it is also interesting to observe how his imagination helped him to come up with some great plans that really worked.

He remembers a book that one of his classmates had, entitled Free Stuff for Kids, a book that listed a series of products that kids could get for free or for up to a dollar. Tony sent a letter to the editor to get his badges in the book with an advert that read “badge maker with photo”. His offer was for kids to send a photo, a self-addressed stamped envelope and $1. He would then turn the photo into a badge and send it back in the envelope, making a profit of 75 cents per order.

When his first order arrived, he officially felt “in business”. In his first month he made $200, not only did he earn back his initial investment, but he also made a profit. His business went really well, so well that he was able to buy a more sophisticated machine to reduce his production time. It had become a family business, small but profitable, with a very specific niche market. The great lesson that he learned from this experiment is that a business can also work at a distance, and does not require physical interaction with the client.

After his first experiment,several more followed. From the photo badges to magic tricks with an analogue formula, which didn’t go as well, to a pizza business that had a high profit margin because a pizza costs the producer two dollars to make and he can sell it on for at least ten.

What is surprising in the precocious nature of his experiments is the experience that they provided him. These little businesses laid the foundations for Tony’s future, helping him to understand, from very early on, the importance of adapting the offer to client demand.

This is why, when he ended up working in an office once he had finished school, he found working a 9-5 job boring and not very stimulating. At this point it became clear to him that he wanted to start his own business and to be the master of his own destiny.

The key ideas of "Delivering Happiness"

The small business approach: from earthworm farming to pizzerias

Having achieved a mammoth target in a short time, the only thing to do was to continue to look ahead and go back

How the Zappos adventure began, and how Hsieh took it to a billion dollar company