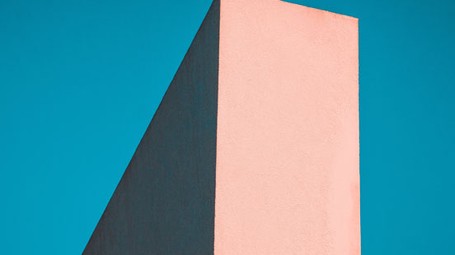 Tim Marshall is a British journalist, originally from Leeds, who was a foreign correspondent for the BBC and Sky News and was sent on assignments to cover wars in various countries, including Croatia, Bosnia, Afghanistan, Iraq, and Syria. He has written for the Times, the Guardian, the Daily Telegraph, and The Sunday Times, as well as being the author of six books, including the New York Times bestseller, Prisoners of Geography: Ten Maps That Tell You Everything You Need to Know About Global Politics. He also has a website featuring articles analysing international politics, thewhatandthewhy.com.

China: the digital wall that the country has built around itself as a modern-day Great Wall

The Great Wall of China extends for almost 22,000 kilometres along the border between central China and Inner Mongolia. China is an enormous country, with five different time zones and a population of 1.4 billion people of different ethnicities, who speak roughly a dozen different languages. In order to keep such a diverse population united, the strategy used has always been that of centralising power and dividing the world in two: that of the Chinese, and everyone else.

It is with this in mind, that about 2,500 years ago, the Great Wall was built: it was a line dividing the civilised world (China) from the rest of humanity, which the Chinese considered to be backward and barbaric. This mentality has persisted over the centuries and continues to this day; in the minds of many citizens of the People’s Republic of China, the world is still divided in two.

Even though the Great Wall is a symbol of Chinese national consciousness and has contributed to the creation of China’s national identity, internal tensions are far from being resolved, with certain areas of the country not supporting the central government in Beijing.

The strongest point of division currently in China is that which exists between the countryside and the cities - between the rich and the poor; the levels of income inequality in China are some of the most dramatic in the world and are threatening to create even further division amongst the population.

The leaders of the Communist Party know full-well that the country’s stability and unity depend on its ability to bridge these income divides and have proposed increasing the number of people living in urban centres as a potential solution. As the volume of internal production far exceeds that which could be consumed by the internal market alone, the country has been forced to open itself up to international trade, and as a consequence, has put Chinese policy in a tricky position: on the one hand, the country needs to open itself up to the outside world to develop in economic terms, and on the other, it rules over its territory with an iron fist, preventing a free exchange of or access to information with the rest of the world, thus creating walls and barriers.

The Great Firewall can be likened to a digital version of The Great Wall, composed of a rigid system of censorship and digital control exercised by the central government. It is by this means that Beijing hopes to keep the country cut off from the rest of the world and quash dissent and opposition before it even manifests. The Great (digital) Wall has been implemented in an attempt to contrast the role that the internet could play in destabilising China’s economic and social systems.

The key ideas of "Divided"

China: the digital wall that the country has built around itself as a modern-day Great Wall

The United States of America: the most famous wall in the world that doesn’t even exist, laying bare the country’s internal divisions

Israel and Palestine: a wall to stem outside violence, as well as barriers between people belonging to the same nation

The Middle East: tall ‘top-security’ walls throughout the city centres, and barriers for protection from anything new or different

Africa: a wall of sand that separates Morocco from Sahrawi territory, and walled residential communities for the rich

The Berlin Wall: built to keep people in their own country