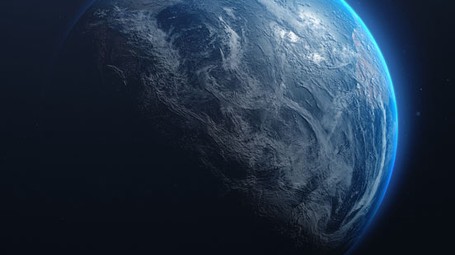 Amedeo Balbi is associate professor of astronomy and astrophysics at the Physics Department of the University of Rome "Tor Vergata". In his research he has covered various topics including the physics of the early universe, the issue of dark matter and energy, and the search for life in the cosmos. As an author, he edited a monthly column in Le Scienze, as well as writing for several other newspapers and magazines. He has written several books, including Seekers of Wonder (Rizzoli, 2014), winner of the National Award for Scientific Dissemination 2015, and The Last Horizon (UTET, 2019), winner of the Asimov Award 2021.

The universe is so huge that it is difficult for non-scientists to understand how big it actually is, which is why we must try to ‘visualise’ it, by using other means that can at least make it comprehensible

The universe is so huge that it is difficult to describe it using everyday measurements, so we can only try to ‘visualise’ it by using other means. In order to do this, we need to use a bit of imagination: let us ‘pretend’ that our planet is a basketball; if we then take a tennis ball and place it 7 steps away from the ball, this is the Moon. Now let's try to imagine these two balls floating in the dark, and separated by empty space. In order to be life-size, this model would have to be magnified 53 million times. On a cosmic scale, the distance between the Earth and the Moon is miniscule: if we wanted to add the Sun to our model, we would need another ball measuring roughly 26 metres in diameter, and place it almost 3 kilometres from the basketball, or Earth. Even if we reduce the size of the Sun to that of a speck of dust, which is about a hundredth of a millimetre, the centre of our galaxy, the Milky Way, would still be almost two thousand kilometres away, roughly the distance from Rome to Stockholm, as the crow flies. What’s more, the entire galaxy would look like a cloud, with a radius of thousands of kilometres, composed of hundreds of billions of tiny grains of dust, separated from each other by hundreds of metres of empty space. If we shrink the cloud by a million times, we have a more ‘manageable’ picture, in which the Milky Way is a disc measuring one metre in diameter and a couple of centimetres thick, but the Sun is a hundred times smaller than a hydrogen atom. As if that were not unfathomable enough, the M31 Andromeda galaxy, which is the closest to our own, is another cloud located some 20 metres away. The most distant galaxies are hundreds of kilometres away.

The universe is so huge that it is difficult for non-scientists to understand how big it actually is, which is why we must try to ‘visualise’ it, by using other means that can at least make it comprehensible

Immense dimensions combined with equally enormous distances create impossible timescales: the limits of both technology and the speed of light put the universe as a whole beyond all reach

The nature of the universe: our progressive knowledge has allowed us to ‘go back’ in time, and today we are able to describe what happened all of 13.8 million years ago

The origins of life: the question we are still unable to answer is whether this was a fluke, or whether the miraculous mechanism that generated life is reproducible elsewhere in the cosmos

If the history of the universe were told in a 1380-page book, in which 10 million years was written on each page, the history of humankind would barely take up a line at the bottom of the last page

Scientists and science fiction authors seem to have had similar ideas over the years: the planet on which to look for life is Mars, Earth’s ‘frozen twin’

SETI, the project that ‘listens’ for possible traces of extra-terrestrial transmissions, is likely to succeed in its quest, if not by proving other developed civilisations already exist, then by proving they can exist, in the right conditions