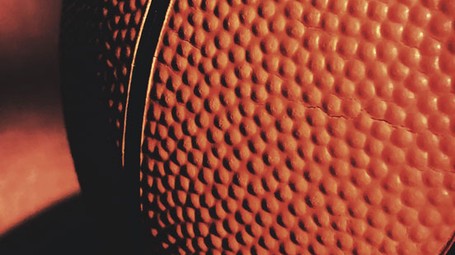 Philip Douglas Jackson is a former American basketball player and basketball coach, who became famous for winning the most NBA championships in history. He began his career as a player for the New York Knicks, with which he won two championships, before becoming a coach. He went down in history after winning eleven NBA championships with two legendary teams, the Chicago Bulls and the Los Angeles Lakers, thanks to his coaching method based on the application of Zen and meditation techniques. His wealth of knowledge has filled the pages of several books, including Eleven Rings: The Soul of Success.

Hugh Delehanty is a well-known figure in the American cultural landscape, having worked as the editor of the prestigious American magazines, Sports Illustrated, Time, and People, and as a freelance journalist. After completing a BA in English Literature at Brown University, and a degree in Economics at the University of California, Berkley, Delehanty threw himself headlong into journalism. He currently works as a freelancer, and is co-author of the book Eleven Rings: The Soul of Success, together with the famous basketball coach, Phil Jackson.

The world of NBA is really tough, and stardom can only be achieved by working hard to ensure your own personal success: it is a highly competitive sport, in which the prominent personalities within a team are traditionally rewarded, and assigned with the task of leading the entire team to victory. Conversely, the less prominent players are relegated to the role of helping whoever the star of the moment may be on their run to the ring, while coaches are responsible for laying down martial law for the whole team, or granting exceptions for the team’s star player.

Despite being the most widespread team management model in American basketball, it is nevertheless flawed: placing all of your bets on one single player could work to your advantage when trying to win a few championships, but it is not very reliable, either for a long-term strategy, or for isolated incidents. For example, if the whole team’s game is based solely on the talent of a particular basketball player, in the event that that player is injured, the rest of the team will end up being totally exposed on the court. Furthermore, each player has their own distinctive playing style, with both strengths and weaknesses: when they take part in their first championship, the other team may not know what to expect from them, but the opposing teams will subsequently study how each player moves on court, and prepare themselves to fight back in their next game.

Finally, in an environment like that of the NBA, where the most talented players are seen by the public as total rock stars, they often begin to behave as such, and become difficult to manage: basing the success of a team purely on the contribution of this player alone would be the same as handing them the power to get whatever they want, at their slightest whim.

Phil Jackson immediately realised that this system is the core reason why a team fails to develop the talent of its players as it should, making it impossible to control their performance, and, therefore, keep them on track to winning the championship. As a consequence, starting from his very first experience with the New York Knicks (a team he played for over a number of years, before making the move to coaching), he began to develop an alternative method: experiences from his personal life, such as being the son of preachers who strictly followed their own religious dogmas, led him to seek other spiritual paths that resonated more deeply for him. He then began to apply the teachings and techniques - taken from eastern disciplines and Native American populations that he came across during this spiritual journey - to the game of basketball.

After all, as the author says, the combination of spirituality and basketball should not come as a surprise, because, on closer inspection, they share the same symbol, with the same meaning: the ring. In the NBA, the ring is a symbol of championship victory, of power, and of talent; in the spiritual sense, it is a recurring symbol, in any given context, of the search for oneself, for harmony and connection with the rest of the world. It therefore makes sense to think of the ring as a symbol of a victory achieved thanks to the psychological and spiritual union of the members of a team, who act together to become an impregnable and invincible whole.

If the ultimate goal is the union of intentions, strategy cannot be based on a single superstar player, but rather the team members need to learn to work together, which can only be achieved when all members of the team trust each other, and form an emotional connection, working as one, for the good of the team. Victory will only be assured if the spiritual circle between players is activated, and each player joins forces with the others.

The key ideas of "Eleven Rings"

According to Zen principles, a true leader lives with compassion, in the moment, and relinquishes control

The offensive triangle system is the key to team play

Jackson’s method capitalises on the concepts of altruism and equality, from the Lakota Sioux warrior philosophy