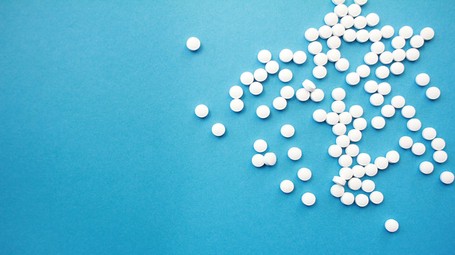 Patrick Radden Keefe is a reporter for The New Yorker, New York Times Magazine, Slate and The New York Review of Books. He is one of the leading names in contemporary investigative journalism and for years has reported on some of the most burning international events and issues. He has written about the capture of Mexican drug trafficker Chapo Guzmán, and a book on the conflict in Northern Ireland entitled Say Nothing, for which he won the Orwell Prize in 2019.

The Sacklers are one of the richest families in the United States, and owe their fortune to the sale of Oxycontin, a powerful analgesic prescribed for chronic pain

The Sacklers are a famous New York dynasty, who, just a few years ago, were listed in Forbes magazine as one of the richest families in America. They are wealthier than the Rockefellers or the Bushes, and have financed museums, universities and clinics all over the world. Many cultural and medical centres are named after the famous family; their name is everywhere in New York, and is associated with some of America’s most prestigious institutions. There are scholarships named after them, and coveted prizes on which the famous family name is engraved, but the Sacklers prefer not to discuss the origins of their immense fortune. Indeed, it can be said that when the subject comes up, they tend to quickly disappear. Purdue Frederick, the largest company they own, and their main source of income, is not linked to them directly. On the official company website, you will find no trace of the name Sackler, even though it is 100% Sackler owned and founded, and the family is its main driving force.

In 1996, Purdue launched a drug that was to have a devastating impact on an enormous number of Americans. The drug is called OxyContin, a powerful analgesic prescribed for cases of chronic pain, and over the years its sales earned the company thirty-five billion dollars. As you can imagine, it was one of the biggest commercial successes in the history of the pharmaceutical industry. It also caused an opioid epidemic that reached every corner of the United States. According to the CDC (the Centers for Disease Control and Prevention, a US national public health agency) in the twenty-five years following the launch of Oxycontin, approximately 450,000 Americans died of overdoses related to opioid use.

The key ideas of "Empire of Pain"

The Sacklers are one of the richest families in the United States, and owe their fortune to the sale of Oxycontin, a powerful analgesic prescribed for chronic pain

The Sackler empire was founded by Arthur, an ambitious and skilled doctor who was quick understand the power of advertising and to launch himself into promoting his company branded drugs

The Sackler brothers, who had always been close in business and as a family, began to drift apart because of a financial deal that left Arthur somewhat displeased

Oxycontin was based on a substance even stronger than morphine, but the adverts described it as safe and suitable for everyone

The dramatic effects of OxyContin began to reveal themselves