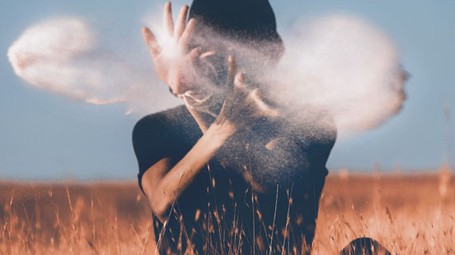 Joe Dispenza, D.C. studied biochemistry at Rutgers University, New Jersey, he has a degree in science with a particular focus on neuroscience and graduated in Chiropractic medicine with first class honours. Over the years he has specialised in neurology, neurophysiology, brain function and chemistry, cell biology, memory formation and longevity. Dr Dispenza has travelled to over seventeen countries on six different continents to lecture and educate people about the role and function of the human brain.

The way we think influences the body and human life in general: our thoughts can change the state of our body

For over seven years, Doctor Dispenza has studied cases of people who have experienced spontaneous remission and healed themselves from serious illness. These men and women who recovered without any kind of alternative or unconventional treatment, managed to heal their bodies independently, but at first glance, there was no behavioural factor that could explain their healing. Since this healing could not be attributed to any type of treatment that was carried out on the body, experts concluded that the brain had most likely triggered processes which had led to the patients' unexpected physical improvement.

In all those cases analysed by Dr Dispenza, the "miraculous" healing process shared the same coincidences. For example, those who experienced a spontaneous remission were convinced that a higher intelligence had settled in their body, and helped them heal; however, Doctor Dispenza believes that the same human intelligence which regulates all the functions of the body can also heal disease, when it is stimulated in the right way.

The way in which humans think ultimately affects the body, just as it ends up influencing people’s lives: there is an emerging field of science called psychoneuroimmunology that has demonstrated the connection between the mind and body.

In fact, thoughts have the ability and the power to change the internal state of the physical body: they are not just intangible entities, our feelings actually become physical, and influence the responses of the human body, and the reactions of those who experience them.

Anyone who has ever been diagnosed with a serious illness will be aware that they must do everything they possibly can to try and get better. Knowing this, many of these patients begin to contemplate and thoroughly examine what kind of people they have been up to that moment and what kind of people they would like to become. In doing so, they literally reformat their very being as well as their habits, creating a real and lasting change that helps them to evolve into the best version of themselves.

This type of focus and self-analysis can lead people to reach a sort of elevated level of consciousness when they meditate, in which they literally detach themselves from their body and the environment around them, aware only of their thoughts, to such an extent that these thoughts take on a key role in helping them to change.

Scientists are currently investigating how repeating our positive thoughts can strengthen neurological connections and affect the way the human brain works. In fact, applying the concept of plasticity, the brain reacts to our every experience, every new thought, and every new thing we learn.

We must think of awareness as what occupies the "bio-computer" that we know as our brain: it is like the electric current that makes a computer and all its programs work. The subconscious (or objective awareness) knows much more than any human thinks they know, even when they think they know everything.

When you can harness both active awareness and your subconscious, then you can change your "bio-computer", and make its operating systems evolve.

The key ideas of "Evolve Your Brain"

The way we think influences the body and human life in general: our thoughts can change the state of our body

Buddha was right: “our thoughts make us who we are”

Intellect is what we have learned, wisdom is the fruit of our experiences

The mind has the power to change itself: its unharnessed power is immense

The frontal lobe is also the seat of the essence of mankind: free will