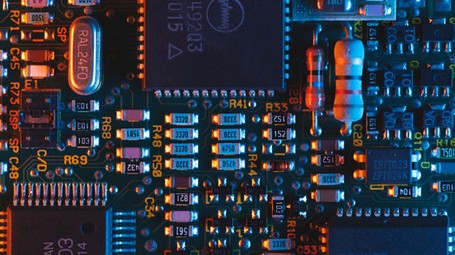 Azeem Azhar is an entrepreneur, investor, and the creator of Exponential View, Britain’s leading online platform for in-depth analysis of modern technology. His weekly newsletter on the future is read by over 200,000 people worldwide. He is on the board of the Ada Lovelace Institute, as well as several other companies. His work has been published in numerous publications, including The Economist, The Financial Times, New York Times, WSJ, Wired, and MIT Technology Review.

We are entering a new era in human history: the Exponential Era

Ever since ancient times, human beings have used technology to try and make their lives easier, for example when our ancestors used the very first flint tools to hunt more efficiently, or as a result of the industrial revolution of the 19th century. However, we tend to underestimate one aspect of our dependence on technology, and that is its innate power to transform the world around us, in such an unpredictable way that no one, not even the people who created the technology in the first place, can say for sure which way it will go. This happens because the society in which we live has become a complex system, whose political, economic, cultural and social forces interact with each other so closely, that the slightest change can have enormous consequences for the entire system.

Innovation has always generated transformation, and change is part of human history. When change occurred in the past, people would at first reject it, then try to adapt to it, and eventually learn to take advantage of it. The human brain is not wired to accept change willingly, and takes time to do so, but time is in extremely short supply in today’s Exponential Era. What is different now, from all the other technological phases we have witnessed since 2010, is the speed at which these changes are taking place. We are no longer talking about centuries or decades, but years, if not months.

The key ideas of "Exponential"

We are entering a new era in human history: the Exponential Era

Exponential technologies make it possible to create products that have never before even been imagined, and at an ever lower cost

Renewable energy, innovation in biotechnology, and 3D printing are examples of exponential technologies

The exponential revolution that is currently underway came about thanks to three catalysing forces, as well as a favourable economic and political environment

When we talk about technological innovation, we take two factors for granted, and this distorts our perception of what is happening

The gig economy is a product of these times, but needs to be regulated, in order to be sustainable

Exponential technologies have also changed global geopolitics, and the relationship people have with the market

In the Exponential Era, it is critical to mend the rift that has been created between technological development and civil society