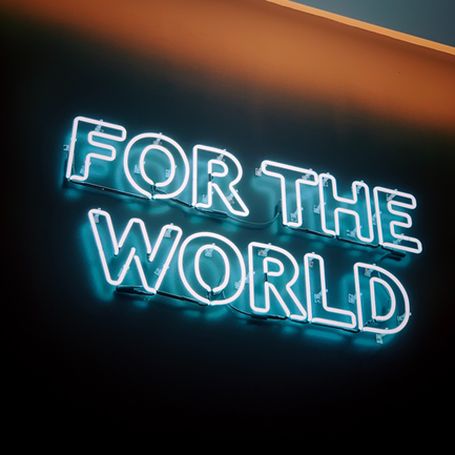 Bill McKibben is an American activist, writer and environmentalist. As the founder of the organisation 350.org, he was one of the first people to bring the risks of climate change and global warming to the fore. In 2009, he led an environmental protest that saw over 5,200 people demonstrate peacefully in over 181 countries around the world, and this was the first of many. The many demonstrations he has organised, and the work he has done with 350.org, plus the books he has published, including several bestsellers (The End of Nature, Earth; Making a Life on a Tough New Planet and Falter: Has the Human Game Begun to Play Itself Out?) – earned him the Gandhi Peace Award and the Right Livelihood Award.

Humanity is extraordinary: for millennia we have managed to build the intricate wonder of history and monuments, individual lives, institutions and global companies that we see before us each day. This perfect machine of coincidence and consequence can be thought of as an endless game: the game of humanity. As such, the human game could be played by following positive rules, whose objective is the development of dignity and wellbeing for all, or conversely, with specific rules, which place personal gain and individual well being above everything else. There are countless examples of the first scenario, just think about medicine and the many human rights movements in our world. However, today we often find ourselves having to face the second scenario of gameplay: some of us have chosen to play a highly individualistic game, and do so very aggressively, every single day.

The reason for this behaviour can be found in the radical inequality that permeates the foundation of our society. The growing divide between the rich and poor sections of the world population and the accumulation of wealth and influence in just a handful of people, means that today it is the small percentage of individuals who make decisions for the rest of the planet, dictated by their own interests. And unfortunately, they do so quite light-heartedly.

This is not the first time that the world sees itself in this predicament. However, today there are two additional factors that did not exist before, and which cannot be ignored: the state of the health of the planet we live on, which is deteriorating by the hour, and the speed with which our initiatives, strengthened by new technologies, evolve, grow and unfold to influence the rest of the planet.

The human game seems to be at risk, for the first time: if we do not change course, if we do not take action, this might be our last round.

The key ideas of "Falter"

Nuclear power, the hole in the ozone layer and climate change are today’s horsemen of the Apocalypse

Even the future’s elite seem disinterested in the collective wellbeing