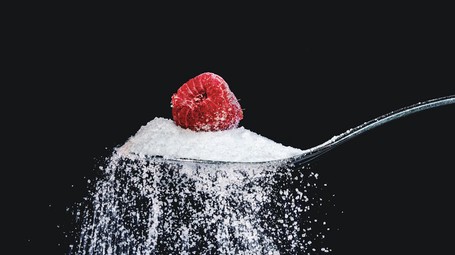 Robert H. Lustig is a paediatric endocrinologist and Professor Emeritus of Paediatrics at the University of California. He specialises in the field of neuroendocrinology, and his research and clinical practice focus on childhood obesity and diabetes. His most important studies analyse the effects of sugar on the central nervous system, metabolism, and disease. He is the author of numerous books, including Fat Chance and Metabolical: The Truth About Processed Food and How it Poisons People and the Planet .

Obesity is not only caused by unhealthy eating habits, but also as a consequence of a combination of different factors

In 2008, there were more than 1.4 billion overweight adults in the world, while cases of obesity have more than doubled since 1990. One third of adults in the USA are obese, and it is estimated that this number will rise to 65% by 2030. This issue does not only affect people living in America and Europe: obesity rates are skyrocketing all over the world, regardless of a country’s level of economic development.

Society often blames and stigmatises obese people for their weight, because it is widely believed that obesity is purely the result of unhealthy eating habits. Although there is evidence that suggests eating habits are the main cause of obesity, it is also true that, in some cases, genetics, metabolic adaptation, and our environment play a major role in disproportionate weight gain.

The media exacerbates the stigma surrounding weight gain and obesity, but many health professionals are also guilty of perpetuating this mentality. This stigma is still prominent today, despite the fact that we now know that some people gain weight more easily than others due to genetic factors. Being thin does not necessarily mean that we are healthy, so we need to stop ridiculing fat people, and start educating everyone to eat properly.

Losing weight requires more than just a change in our behaviour, because people do not get fat just because of laziness and overeating. Biological factors play a major role in weight management, even more so than our lifestyle.

As early as 1972, British physiologist and nutritionist John Yudkin argued in his book Pure, White and Deadly that people were eating too much sugar, which not only led to weight gain, but also to liver damage, cardiovascular disease, and in some cases, even cancer.

The World Sugar Research Organisation claimed that Yudkin’s findings were the work of pure science fiction, and the food industry supported the idea that saturated fat posed a greater risk to our health than sugar. Yudkin, unfortunately, was unable to provide definitive proof of the correlation between sugar and disease. Today we know that carbohydrates, and especially sugar, are the main causes of LDL-cholesterol, which leads to the onset of many types of heart disease.

The key ideas of "Fat Chance"

Obesity is not only caused by unhealthy eating habits, but also as a consequence of a combination of different factors

People gain weight as a result of two hormones, insulin and leptin, which play a key role in the process of weight accumulation

Not all calories are the same: in order to avoid putting on weight, we need to eat the ‘right’ kind of calories

Sugar is enemy number one, because it is addictive, and fructose is the worst kind of all

In order to maintain a healthy lifestyle, it is important that we eat ‘real’ food, and avoid pre-packaged and over-processed products

We can eat healthy food without having to cook; we just need to choose the right dishes

The food industries are backed by political regimes, and have a vested interest in selling foods that are high in sugar

Regulating the marketing of sugar-rich foods could have a majorly positive impact on the health of the population, and especially in reducing body mass index